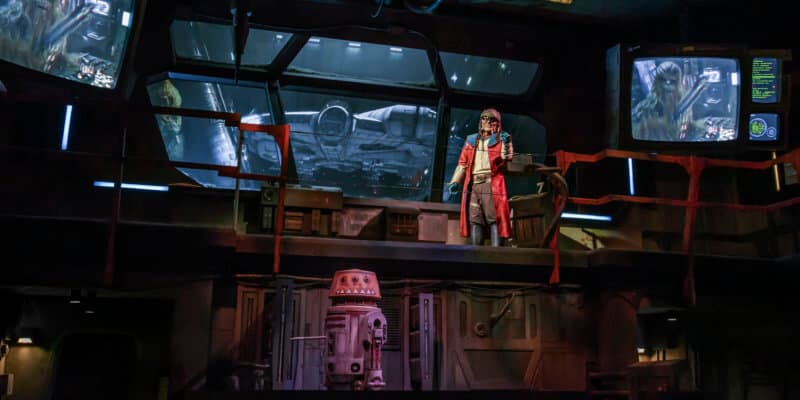 It seems even infamous pirate gangs can move on without their leader. In a new issue of Star Wars: Bounty Hunters, the canon comic book series published by Marvel Comics, Hondo Ohnaka — star of Millennium Falcon: Smugglers Run — is gone.

Starting in March 2020, the series — as its title suggests — features some of the most recognizable bounty hunter names from the Star Wars index. From Boba Fett to Bossk, the Ethan Sacks helmed series takes place between The Empire Strikes Back and Return of the Jedi.

Ohnaka and his pirate crew were a group that caused chaos across the Galaxy. Sometimes they were on the side of good but most times they were the villain, spreading fear throughout the stars and gaining a notorious reputation. As seen in animated series The Clone Wars, they even managed to capture Sith Lord Count Dooku, in the hopes of auctioning him off to the highest bidder.

It seems strange that the new issue of Bounty Hunters would choose to exclude such a prominent figure. But, as we know, someone’s legacy can live on in name alone. The comic confirms that the Ohnaka gang, most probably keeping his name for the reputation, are reluctantly working with Dengar, as he does battle with Beilert Valance and the Rebel Alliance.

While Ohnaka lived on in Star Wars: Rebels, albeit without his famous crew, this new outing for his gang might suggest that they will meet again soon.

Who is Hondo Ohnaka?

Outlaw and pirate, Hondo Ohnaka is a Weequay — a species native to the desert planet, Sriluur. Ohnaka crossed paths with many important faces such as Jedi Knights Obi-Wan Kenobi, Anakin Skywalker, and Ahsoka Tano. His failed ransom of Dooku and the Jedi made him a notorious figure in the Galaxy. He is also known for his relationship with fellow bounty hunter Aurra Sing and friendship with Boba Fett’s father, Jango Fett.

Go find him hanging out in Batuu at Disney’s Galaxy’s Edge!

What is Star Wars: Bounty Hunters?

Star Wars: Bounty Hunters is a canon comic book series written by Ethan Sacks and illustrated by Paolo Villanelli as part of the Star Wars franchise. The comics follow Valance, Bossk and Boba Fett (most recently seen on The Mandalorian) on their hunt to capture the former’s old mentor, Nakano Lash. Lash betrayed the other bounty hunters’ years ago but reappears under unusual circumstances. Now every hunter in the Galaxy wants in, but no one more than Lash’s protégé. Sacks is the writer of Old Man Hawkeye and Galaxy’s Edge, and Villanelli’s work includes Vader: Dark Visions and Jedi Fallen Order – Dark Temple.

Do you think Hondo Ohnaka will get his crew back one day? Let us know in the comments!