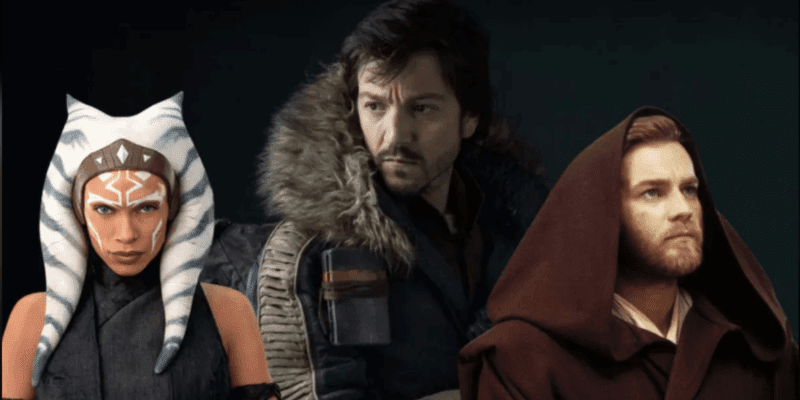 As the Star Wars universe continues to expand, Lucasfilm is making more connections between characters than ever before — and that’s saying something for a franchise that thrives on connecting every detail to something else.

Today, The Illuminerdi confirmed some exciting news about a fan-favorite Jedi Master. Obi-Wan Kenobi is set to appear in the upcoming Disney+ series, Andor!

It’s safe to say that almost every single Star Wars fan is waiting on bated breath for the Obi-Wan Kenobi series coming to Disney+. Well, listen up Star Wars fans, The Illuminerdi has some exclusive news about where else Lucasfilm will be using Ewan McGregor in its future projects…

The fact that Obi-Wan will have a sizeable role in Andor shows that Lucasfilm is making an effort to connect all of its Disney+ series. Obi-Wan had a close relationship with Senator Bail Organa, so maybe he will be a key contributor of intel for the growing rebellion. Will the Andor storyline correlate at all with the Obi-Wan Kenobi series? Time will tell.

Kenobi won’t be the only Force sensitive character appearing in Andor. Someone has a contract for multiple projects as well.

Kenobi won’t be the only Force sensitive character appearing in Andor. Someone has a contract for multiple projects as well. #Fulcrum pic.twitter.com/H42ow1AlXw

Van Dyke’s post included a graphic of Rosario Dawson as Ahsoka Tano. Tano made her live-action debut in The Mandalorian Season 2, Episode 5. She was previously a beloved animated character who appeared in both Star Wars: The Clone Wars and Star Wars Rebels.

Ashley Eckstein was the original voice actress for the popular character.

As for what we know so far about Andor, the series will take place about five years before Rogue One: A Star Wars Story (2016). It will follow Captain Cassian Andor (Diego Luna) before he met Jyn Erso (Felicity Jones) and their companions from Disney’s first standalone Star Wars movie.

Adria Arjona has been cast in an unnamed leading role and Genevieve O’Reilly will once again play Mon Mothma.

Alan Tuydk, who played droid K-2SO, has confirmed that there will be a second season of Andor — and that his popular character is likely to appear in it.

In Ahsoka, Dawson will reprise her role as Ahsoka Tano. Reports indicate that the series will function as something of a live-action sequel to Star Wars Rebels.

Tano is expected to travel the galaxy searching for Grand Admiral Thrawn and fellow Jedi Ezra Bridger. Casting for these characters’ live-action debuts has not been confirmed, though Robert Downey Jr. has been rumored for the role of Thrawn.

There is also a chance that Rangers of the New Republic will have a Rebels connection. Since Cara Dune actress Gina Carano was fired by Lucasfilm, rumors have swirled that Ghost ship pilot, Hera Syndulla, will take over the starring role.

McGregor, of course, will play Jedi Master Kenobi, while Christensen will once again take-up the mantle of Sith Lord Darth Vader.

The series will occur about 10 years after the events of Star Wars: Episode III – Revenge of the Sith (2005). While we don’t know specifics of the series at this time — though there are reports that Jar Jar Binks (Ahmed Best) will make his return to the Star Wars franchise — it will be set on Tatooine.

Furthermore, during Lucasfilm’s Investor Day presentation, Kennedy confirmed that fans should get ready for the “rematch of the century,” presumably another lightsaber duel between Vader/Anakin Skywalker and his former Jedi Master.

At this time, few details are known about how both Obi-Wan Kenobi and Ahsoka Tano will be incorporated into the Rogue One: A Star Wars prequel series, in which Diego Luna will reprise his role as Captain Cassian Andor.