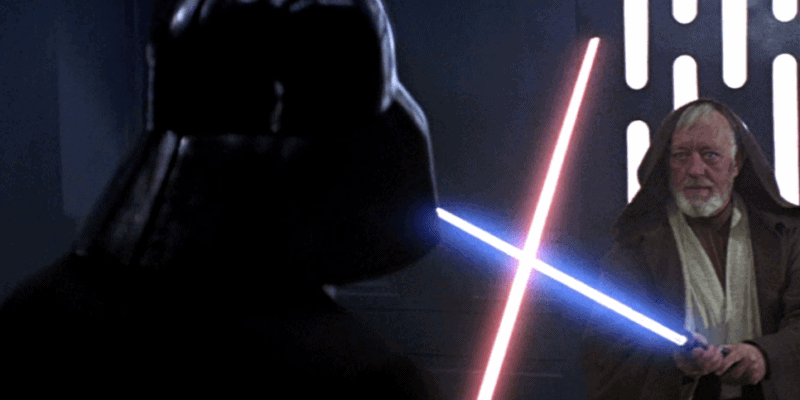 Whether you’re a casual movie viewer or a hardcore Star Wars fan, the name “George Lucas” is probably synonymous with a galaxy far, far away in your mind. However, without the film editing brilliance of Lucas’s ex-wife, Marcia Lucas (nee Griffin), the original trilogy might have looked very, very different.

Marcia and George met while he was at film school at the University of Southern California and she was serving as the apprentice film librarian at the Sandler Film Library, long before the creation of Han Solo, Luke Skywalker, and Leia Organa.

1 of these people is responsible for the great success of making #StarWars a legend in its own time.
The other is George Lucas.
Marcia Lucas was nominated for an academy award for her work on Taxi Driver & won an Oscar for SW. Here are 5 ways in which she gave SW its heart. pic.twitter.com/lRvx7vp24n

A Twitter user, James H. Dargie, previously shared some details about George and Marcia Lucas’s working relationship based on an interview with Star Wars icon Mark Hamill. Hamill has played Jedi Knight Luke Skywalker in the Star Wars franchise for over 40 years.

1 of these people is responsible for the great success of making #StarWars a legend in its own time. The other is George Lucas. Marcia Lucas was nominated for an academy award for her work on Taxi Driver & won an Oscar for SW.

Hamill said, “I know for a fact that Marcia was responsible for convincing him to keep that little ‘kiss for luck’ before we swing across the chasm in the 1st film: ‘I don’t like it, people laugh in the previews,’ & she said, ‘George, they’re laughing because it’s so sweet…" pic.twitter.com/mz9sB3GA3k

Hamill said, “I know for a fact that Marcia was responsible for convincing him to keep that little ‘kiss for luck’ before we swing across the chasm in the 1st film: ‘I don’t like it, people laugh in the previews, ‘& she said,’ George, they’re laughing because it’s so sweet … “

The “kiss for luck,” of course, refers to the famous Star Wars: Episode IV – A New Hope (1977) scene in which Princess Leia Organa (Carrie Fisher) kisses Skywalker for the first time. You can view the classic Star Wars footage below:

George had initially decided that he should hire someone else to edit “Star Wars” so that his wife could escape his rather large shadow, which had started to obscure her own career. But then George asked her to replace John Jympson in the position, and she turned the film into a much more emotional and exciting adventure.

Marcia’s assistance on the sci-fi epic wasn’t just confined to the editing bay.  As he worked on the script for the film, she was the one who suggested that Alec Guinness’ Obi-Wan Kenobi should die at the hands of Darth Vader. Throughout the writing process, Marcia was George’s sounding board, questioning him when certain sections didn’t make sense or sounded too corny, while also giving him the necessary encouragement.

Her crowning moment being when she reassembled the final action sequence in the Death Star trench.

Old Ben Kenobi’s death, of course, had a major impact on not only the original trilogy, but the Star Wars franchise as a whole. Marcia Lucas and George Lucas finalized their divorce in 1983, but not before she assisted with Star Wars: Episode V – The Empire Strikes Back (1980) and Star Wars: Episode VI – Return of the Jedi (1983).

Interestingly, Marcia Lucas was uncredited for her work on ESB, which is considered the best of all nine Skywalker Saga films by many Star Wars fans.

Although IMDb reports that Marcia Lucas’s last known project was First Out (2006), she had a storied career before stepping back from the limelight after her divorce from George Lucas. Perhaps most notably, she worked on Martin Scorsese’s Taxi Driver (1976) starring Robert DeNiro.

Although the former Mrs. Lucas isn’t the household name her ex-husband is, the Star Wars film franchise — and the late-1960s through early-1980s film industry as a whole — would have looked very different without Marcia’s editing skills.

Perhaps indirectly, Marcia Lucas’s influence is still being seen in the new era of Star Wars on Disney+. Following the success of Jon Favreau and Dave Filoni’s The Mandalorian, Lucasfilm decided to focus on streaming Star Wars series, instead of solely on theatrical release movies.

During the 2020 Disney Investor Day event, Lucasfilm President Kathleen Kennedy promised fans the “rematch of the century.” Without Marcia Lucas’s involvement in the Star Wars story over 40 years ago, this upcoming lightsaber battle could potentially look very different.

After all, Chow and her creative team will likely be drawing heavily from the combat scene that Lucas helped orchestrate all those decades ago.

OBI-WAN KENOBI: An Original Series will be set approximately 10 years after the events of Star Wars: Episode III – Revenge of the Sith (2005), during Kenobi’s exile on famous desert planet, Tatooine.

Recently, Game of Thrones actress Indira Varma was cast in the show, but few details are known about specific plot points. The series will debut on the Disney+ streaming platform sometime in 2022.

What do you think about Marcia Lucas’s influence on the Star Wars galaxy?