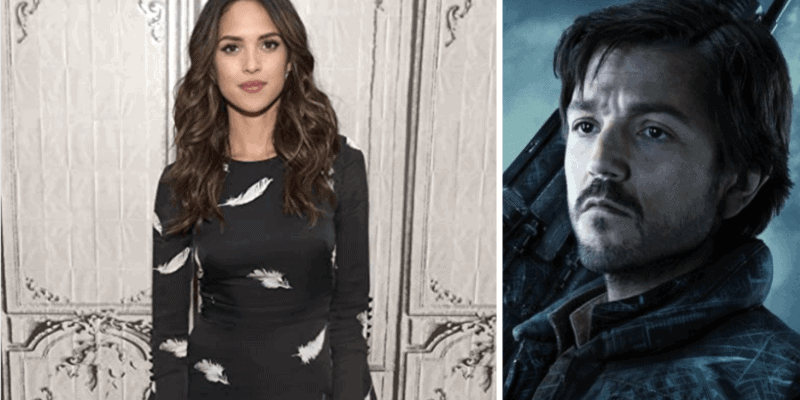 The Star Wars: Rogue One prequel series, which will primarily follow Cassian Andor (Diego Luna) was originally announced at the 2019 D23 Expo.

Due to the pandemic, the Walt Disney Company has made numerous changes to announcements that were made during last year’s Expo for financial or safety reasons. This includes delaying EPCOT theme park projects and delaying production on numerous films and Disney+ series.

Fortunately for Star Wars fans, however, it appears that development on the Rogue One prequel show is finally moving forward. Today, Deadline announced that actress Adria Arjona has joined the cast as a co-lead opposite Luna.

Arjona’s casting has not been confirmed by Disney officials at this time. The actress is best known for her roles in Pacific Rim: Uprising and the mini-series Good Omens. She has also done voiceover work for the Fortnite video game franchise.

Deadline did not announce details about Arjona’s Rogue One character. In addition to Luna, two other cast members from the Rogue One: A Star Wars Story film will reprise their roles. Alan Tudyk will once again voice droid K-2SO and Genevieve O’Reilly will appear as fan-favorite Rebel leader Mon Mothma.

Stellan Skarsgård, Denise Gough, and Kyle Soller have also been cast in the upcoming series.

Luna recently spoke out about production on the Star Wars series resuming:

“Shooting is starting around the world, so slowly, we’re going back, but there’s no rush. To me, what this pandemic brought to my attention is that there [are] priorities. We have to be cautious, and we have to be wise on when and how to go back. And the how is the most important, because if we go back to be who we were, we’ve wasted our opportunity, we wasted a major opportunity of rethinking and reinventing much of the stuff we believed was crucial and essential that clearly is not.”

When the new streaming Star Wars show does eventually debut on Disney+, it is set to follow “the adventures of Rebel spy Cassian Andor during the formative years of the Rebellion and prior to the events of Rogue One: A Star Wars Story.”

Are you excited to learn more about Adria Arjona’s Rogue One prequel character? Who do you think she will be?