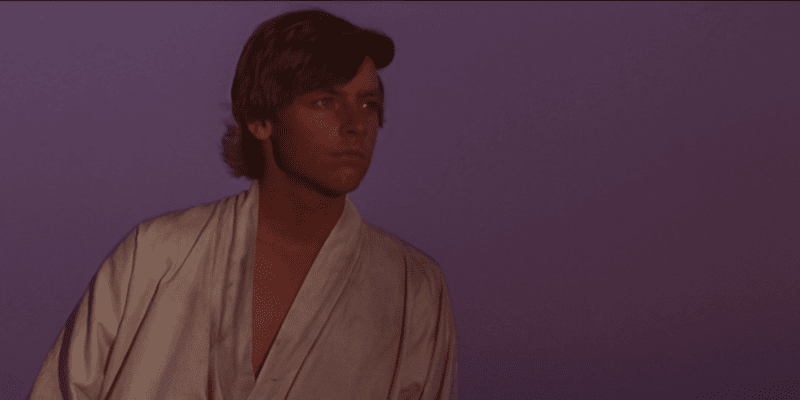 It is hard not to think of Star Wars without thinking of Tatooine. The desert, wasteland of a planet is almost synonymous with the Skywalker saga. Back in 1977, Star Wars showed a young Luke Skywalker (Mark Hamill) standing on the sand at sunset, looking out over the desolate plains of his home-world. And yet, with John Williams’ seminal anthem layered over it, George Lucas not only made a star of Luke, but of Tatooine also. The place where it all began.

Tatooine is a desert planet in the Outer Rim. It is sparsely inhabited and home to a variety of species namely the Jawa and Tusken Raider. As one of the driest environments in the galaxy, the residents established a moisture farm system to draw water from the atmosphere. Tatooine is also home to the Hutt Clan with Jabba the Hutt owning a palace — more of a lair, really — there. Initially relatively unknown, the planet came to the attention of the Empire when the escape pod carrying C-3PO (Anthony Daniels) and R2-D2 (Kenny Baker), the latter hiding classified information, landed there. And the rest, they say, is history.

What Happened on Tatooine?

Now, we’ve been to the past and to the future. The original films anchor the others like a galactic fulcrum, and Tatooine shows its presence in all three of the trilogies in some shape or form. In the prequel saga, it is where we meet Anakin Skywalker and his record-breaking midi-chlorian count in Episode I: The Phantom Menace (1999). When he returns to free his mother from slavery in Episode II: Attack of the Clones (2002), the planet serves as the place where Anakin begins to feel the dangerous pull of the Dark Side, acting in its favor and decimating an entire Tusken Raider encampment.

And well, we all know how that story ended.

While Tatooine is not as prominent in the sequel trilogy, it would be remiss not to mention the similarities between Rey’s (Daisy Ridley) adventures on Jakku to Luke’s on Tatooine. Both almost inhospitable desert planets, it was a smart choice by director J. J. Abrams to begin in a similar place we found Luke all those years ago. We do return to Tatooine though. As you may recall, Rey ventures back to the planet to bury Luke and Leia’s lightsabers in a place extremely similar to the home Luke had with his Uncle Owen (Phil Brown) and Aunt Beru (Shelagh Fraser).

Mandalorian Din Djarin (Pedro Pascal) and Baby Yoda aka Grogu, have even traveled there in the Disney+ blockbuster series, The Mandalorian, where he befriended Peli Motto (Amy Sedaris) and meets Marshal Cobb Vanth (Timothy Olyphant) at the Mos Pelgo cantina — reminiscent of another famous cantina in Mos Eisley.

If Star Wars is the tree, then Tatooine is the knots in the wood and the rivets in the bark. You can’t have one without the other.

So, with a flurry of new Star Wars television shows on the cards and the whispers of new feature films finding their way to fans, could Tatooine come back to our screens? And if so, why?

Why Could Tatooine Be Important?

To have two of the strongest and most influential Jedi in Star Wars history hail from the planet, surely that’s no coincidence and must be a sign that something bigger is at play. An answer could lay in the idea that Tatooine is home to a nexus. In Jedi mythology, a nexus is where ley lines of Force energy meet.

We have seen something similar before. The powerful Jedi Ezra Bridger (Star Wars: Rebels) came from Lothal, another desolate wasteland of a planet, and it is highly probable that Tatooine could have once been home to a Jedi Temple too, and one potentially established on a nexus. The reason Tatooine became a desert has never really been explored so there is a rich history to explore. Who lived there before? And, what happened?

We saw in Episode IX: The Rise of Skywalker (2019) that the Sith had established a hidden hideaway on the bleak, deserted planet of Exegol. Maybe Tatooine, with all its interconnected Jedi-related sagas, was once the home to something more prominent and powerful.

Whatever happens in the next installments of the Star Wars franchise, we are bound to return to the iconic landscape of Tatooine at some point. Boba Fett is already there, having slain the inhabitants of Jabba’s Palace in the post-credits scene of The Mandalorian Season 2, and setting up his own spinoff, The Book of Boba Fett in the process. Or, we could see Ahsoka Tano’s journey lead her to Tatooine if the nexus theory is to be explored.

More likely, and possibly most excitingly, we could revisit the desert dunes once again in the newly cast Obi-Wan Kenobi show, which takes place between the events of Episode III: Revenge of the Sith (2005) and Episode IV: A New Hope (1977). With Hayden Christensen and Ewan McGregor back as rivals Obi-Wan and Darth Vader, it would be great to see their paths cross in the place where it all began.

Do you think there is more we still need to see from Tatooine? Let us know in the comments!