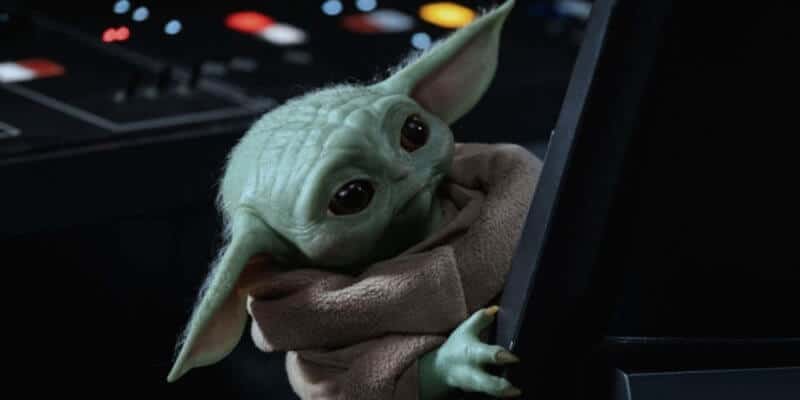 Following the divisive debacle that was Disney’s Star Wars sequel trilogy, The Mandalorian has brought the Star Wars fan community together (no easy feat) and given us characters we can collectively root for. Very few viewers don’t appreciate the perfectly executed fan service and the relationship between stoic bounty hunter Din Djarin (Pedro Pascal) and Grogu (AKA Baby Yoda).

That problem? The exact thing Star Wars fans fell in love with in the first place — the relationship between the titular Mandalorian and the 50-year-old infant Jedi.

The issue, though, is that a CGI de-aged version of original trilogy actor Mark Hamill was used for Skywalker in his Mandalorian Season 2 cameo. This simply isn’t feasible for an entire series, which makes it challenging for Skywalker to be the character who ultimately returns Grogu to his father at some point during The Mandalorian Season 3 or one of its spinoff series.

Recasting a character as well-known as Skywalker is a challenge, as well. Although some have called for Sebastian Stan to take-on the part, there’s a risk with bringing a new actor into a legendary role.

For example, many fans and critics tended to agree that recasting Harrison Ford’s Han Solo with Alden Ehrehnreich wasn’t a banner moment for the Star Wars universe.

Enter Mara Jade. Luke Skywalker’s wife in Star Wars Legends materials, Mara Jade is a fan-favorite character who fits in perfectly with the trajectory The Mandalorian saga seems to be taking.

We already know that Star Wars Rebels (and Star Wars Legends) villain Grand Admiral Thrawn is likely to make his live-action debut in Mandalorian spinoff, Ahsoka. This was set up in The Mandalorian Season 2, Episode 5 when Ahsoka Tano (Rosario Dawson) learned that Thrawn was the master of Corvus Magistrate Morgan Elsbeth (Diana Lee Inosanto).

Mara Jade originally appeared in Timothy Zahn’s Expanded Universe Thrawn Trilogy of novels, so her connection to the character already ties her into where we seem to be headed in Favreau and Filoni’s corner of the Star Wars galaxy. She could even be introduced The Mandalorian‘s “next chapter,” The Book of Boba Fett.

Creator Jon Favreau has confirmed it will air in December 2021.

As Inverse pointed out, Mara Jade is the perfect person to bring Grogu and Djarin back together:

The Book Of Boba Fett could set up Mara Jade in some kind of flashback during the events of Jabba’s Palace. Then, in Mandalorian Season 3, we can find out that she’s training with Luke to become a Jedi Knight, but because she still has some smuggler mojo, she has to get in touch with Mando for some other reasons.

In this way, Mara Jade could be the person who brings Baby Yoda back into Mando’s life. And in some ways, that’s better than seeing Luke Skywalker again. Luke is a great character, but in a show like The Mandalorian, he doesn’t really fit mostly because he doesn’t have an edge.

In the Star Wars EU, Mara Jade has been a Emperor’s Hand assassin for the Empire, a smuggler, and a Jedi — her checkered past and unique story would make her the perfect addition to the current Star Wars canon.

Fans have even already started casting rumors for the strong female character on social media. Karen Gillan, anyone?

What do you think about this favorite Legends character becoming canon? Should Mara Jade be the character who returns Grogu to Din Djarin?

Comments Off on With One Change, ‘The Mandalorian’ Can Fix a Huge Problem