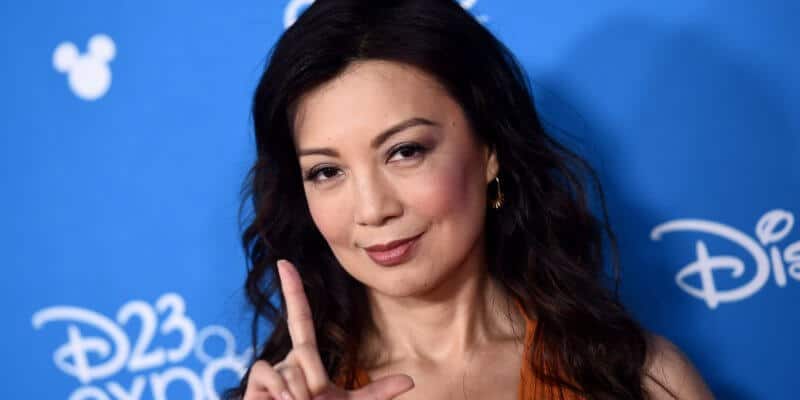 Believed to have been dead, no Star Wars fan saw Fennec Shand reappearing in season two of The Mandalorian. Showrunner Jon Favreau and executive producer Dave Filoni shocked everyone — again!

Despite 2020 being a dumpster fire, Ming-Na Wen had one heck of a year. From starring in The Mandalorian season two, Wen also starred in Agents of SHEILD‘s final season and made a cameo in Disney’s Mulan (2020). On top of that, the Star Wars actress and avid fan shared with StarWars.com that she will be reprising Fennec Shand’s role in the upcoming Disney+ animated series The Bad Batch.

Wen has been a lifelong fan of Star Wars, and much like Katee Sackhoff, she couldn’t help but share her excitement of being in The Mandalorian on social media. The actress began trending, and Star Wars can’t help but welcome the newcomer as the newest bounty hunter in the Star Wars galaxy. Ming-Na Wen is set to star alongside Temura Morrison in The Book of Boba Fett this December.

Despite all of the success, Ming-Ne Wen holds one moment from The Mandalorian production as the highlight of her career: sharing the screen with long-time hero Mark Hamill (CGI Mark Hamill in this case).

So this happened & I'm literally speechless, other than to say: the pleasure was all mine @MingNa! Much❤️, Mar?@themandalorian #YoureNotSoBadYourself https://t.co/rSfOTr8AFx

On New Year’s Eve, Wen shared one of her career highlights on Twitter, writing: “You (& Luke) have been immensely inspirational & impactful to my childhood & as an adult. To have shared a scene with you in @themandalorian is truly one of the biggest highlight, not just in my career but in my life. Thank you. Your fan always, Ming-Na aka Fennec.”

Wen responded to an earlier Tweet from actor Mark Hamill, as he was thanking fans for such a great reaction and warm welcome into The Mandalorian and back into Star Wars.

Hamill gave Ming-Na Wen a late Christmas present after he responded to her response, saying, “So this happened & I’m literally speechless, other than to say: the pleasure was all mine @MingNa! Much (heart emoji), Mar(Camel emoji) @themandalorian #YoureNotSoBadYourself.”

So this happened & I'm literally speechless, other than to say: the pleasure was all mine @MingNa! Much❤️, Mar?@themandalorian #YoureNotSoBadYourself https://t.co/rSfOTr8AFx

Luke Skywalker’s jaw-dropping cameo in The Mandalorian credited Mark Hamill for the role as it was his face and voice used, but Max Lloyd-Jones stood in as the body double for the Jedi.
However, Hamill did work with The Mandalorian cast and crew and blew Ming-Na Wen’s Star Wars mind. After all, it’s not every day your childhood hero praises your work — especially when you share the same Star Wars universe with them!
What do you think about seeing more Ming-Na Wen in the Star Wars universe? Let us know in the comments!