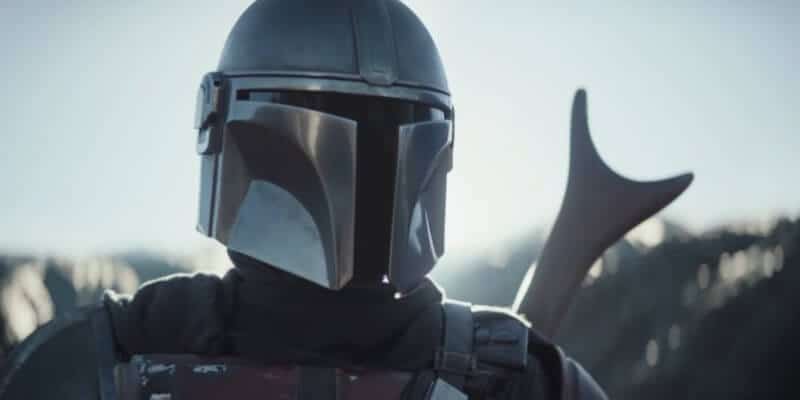 The Mandalorian became an instant hit when it launched on Disney’s streaming platform, Disney+, on November 12, 2019. Not even two years old, the service brought together the immense library of content that The Walt Disney Company has distributed over its lengthy tenure.

The bounty hunter space western premiered with the launch of Disney+. It went on to become a fan-favorite, especially due to its gritty nature and stellar cast. The series also gave Star Wars fans the character — and now pop culture icon — Grogu (AKA “Baby Yoda)..

During its second season, the show even had a hugely secretive cameo from a CGI version of original Luke Skywalker actor Mark Hamill.

Now, a Lucasfilm designer, Brian Matyas, who is a Senior Character and Costumer Concept Designer for the Star Wars studio, has revealed which concept art helped get The Mandalorian the greenlight from the then Walt Disney Company CEO, Bob Iger.

The series was created by Jon Favreau, who serves as head writer and showrunner. The Mandalorian has, over its two seasons, introduced many new characters and places into the Star Wars canon, as well as brought back some old favorites. Like when Bo-Katan (Katie Sackhoff) showed up, or Rosario Dawson’s entrance as Ahsoka Tano, and yes, that Boba Fett comeback. The unlikely pairing of rugged Din Djarin (Pedro Pascal), our titular Mandalorian, and the innocent Grogu made for television gold, as the two journeyed to new places — and, of course, old standbys like Tatooine — in an attempt to escape Imperial clutches, led by Moff Gideon (Giancarlo Esposito).

In a recent interview with The National Arts Club on YouTube, Matyas shared the art which aided The Mandalorian in reaching the small screens of Star Wars fans.

“I did an image of Boba Fett holding Baby Yoda to a bunch of Mandalorians. That was the pitch piece for Bob Iger. So we had to get approval from Disney to give the thumbs up, to move forward with it.”

Fan account Boba Fett Fan Club initially reported on this interview, where they shared the image that Matyas was referencing.

“…this was the pitch piece to Bob Iger, showing #BobaFett (a placeholder for the character #DinDjarin) holding up Baby Yoda to a group of Mandalorians. This work got the green light from Disney to continue [pre-production] for the show.”

We've shared this one before: this was the pitch piece to Bob Iger, showing #BobaFett (a placeholder for the character of #DinDjarin) holding up Baby Yoda to a group of Mandalorians. This work got the green light from Disney to continue pre-pro for the show. pic.twitter.com/2BOtA5TUIV

While it can’t be stated that this concept image was the sole reason The Mandalorian got the go-ahead, it’s easy to see why this image drew the attention of the studio executives, with its tiny Yoda lookalike surrounded by Mandalorians.

Matyas goes on to explain the initial brief for Din Djarin’s Mandalorian character. He said:

“They wanted the Man with No Name, like a very strong western vibe…”

To say that concept art is just that — a concept, an idea of what the finished product might look like — it’s testament to artist’s skill that the characters and places we see in the series, are so closely connected to the original artwork. A book chronicling the art of the show called The Art of Star Wars: The Mandalorian by author Phil Szostak “takes readers on a visual journey of creativity”, is out now.

Wherever the journey of The Mandalorian takes us next it is sure to continue the stories of some of its characters — although, we know that Gina Carano (Cara Dune) will not be returning. Last year, Disney announced that the upcoming television shows, The Book of Boba Fett, Rangers of the New Republic and Ahsoka will all take place in The Mandalorian timeline.

“After the stories of Jango and Boba Fett, another warrior emerges in the Star Wars universe. The Mandalorian is set after the fall of the Empire and before the emergence of the First Order. We follow the travails of a lone gunfighter in the outer reaches of the galaxy far from the authority of the New Republic.”

Comments Off on This ‘Mandalorian’ Concept Art Won Over Bob Iger