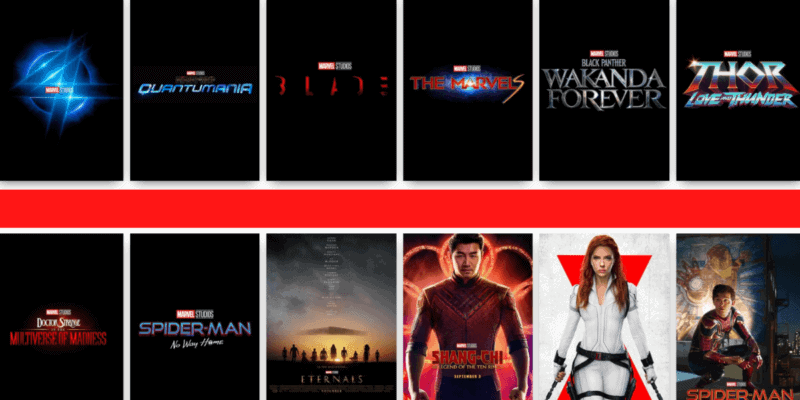 Marvel Studios seemed to be back on track with its releases. The Kevin Feige helmed studio refused to go full streaming with its Black Widow (2021) Avenger feature film, and although it will be hitting Disney+ Premier Access on July 9, it will also be landing in theaters simultaneously. Chloé Zhao’s Eternals (2021) just dropped its first trailer and Doctor Strange (2016) fans are gearing up for the eventual release of the sequel — Doctor Strange in the Multiverse of Madness (2022) — in an entertainment world that is starting to get back on track.

Or so it seemed.

The Marvel Cinematic Universe has swept comic book fans away ever since its inception in 2008 with Jon Favreau’s Iron Man, starring Robert Downey Jr. The franchise continued through three glorious Phases, before wrapping up its huge overarching Infinity Saga with the Russo Brothers’ Avengers: Infinity War (2018) and Avengers: Endgame (2019). Assembling against Josh Brolin’s Thanos, almost the entire catalog of Marvel characters from the previous decade of the MCU appeared on-screen in the ultimate blockbuster showdown, led by the one and only Steve Rogers AKA Captain America (Chris Evans).

Now, Marvel is in Phase 4. WandaVision launched it, quickly followed by The Falcon and the Winter Soldier and the soon-to-be, Loki — all of which signal the MCU’s first foray into the world of television. Scarlett Johannson’s Black Widow will be the first Marvel movie since Tom Holland’s Spider-Man: Far From Home (2019). The Marvel train is moving once more, but a recent update to their release schedule reveals a few things have changed.

What has been delayed?

Both of the delays were dates already reserved by the studio and had yet to be assigned an actual movie, at least on a public-facing basis.

ComicBook goes on to reveal which two dates have been changed.

The October shift is the most intriguing due to it being moved to almost a full year later. As we know, Marvel Studios has established an intricate, interwoven, and creative mode of storytelling and filmmaking which sees events and characters carried through entire Phases, so this big move might hinder some of those connections. Previously, it was suggested that the Untitled Marvel film releasing on October 7, 2022, would be Mahershala Ali’s, Blade reboot. Despite this date moving, it still makes sense that Blade will debut in October 2023. Spooky month, and all.

November’s date is less drastic, so Marvel fans shouldn’t expect this to mean anything huge, but it is still interesting nonetheless. We’ve seen it before where hit movies are shifted around to not only accommodate their own schedule but to not face competing movies at the box office — it could be anything like this or something else entirely.

It’s a safe bet to lock in Blade for this new October 2023 release date. Not only will the vampire-centric superhero story release amidst the Halloween season, but it also gives Marvel Studios the time to round out the cast and creative teams. So far, only Ali has been announced as the eponymous hero and Stacy Osei-Kuffour is attached as writer. No director is confirmed yet.

Keep in mind though that this is all speculation for the time being. Other than Walt Disney Motion Pictures updating their release schedule, neither them nor Marvel Studios, has confirmed what movies are lined up for these new dates.

Which films do you think will release on these new dates?