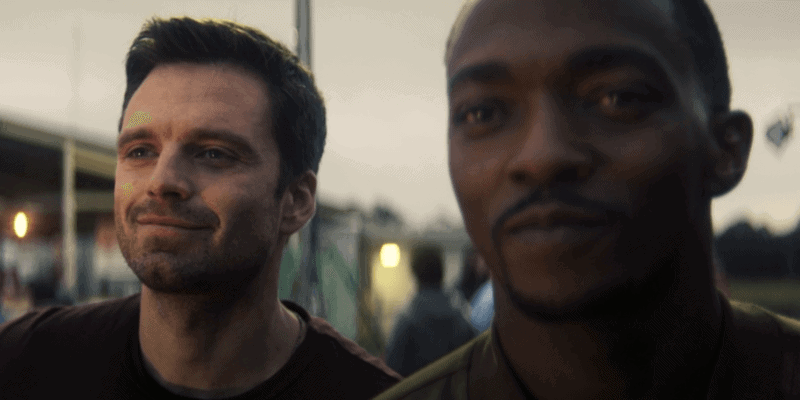 Bucky Barnes (played by Sebastian Stan) has had a rough go of it. After being captured during World War II by HYDRA and injected with an altered version of Super Soldier Serum, he was brainwashed into becoming an assassin known as the Winter Soldier. During his time as the Winter Soldier, Bucky killed a lot of people, including Tony Stark’s — AKA Iron Man — parents.

Eventually, Bucky was given a safe place to live in Wakanda and put into a state of cryostatsis — a kind of frozen sleep — until all of HYDRA’s brainwashing could be removed from his system. Eventually, the cryostasis worked and Bucky was able to become a different version of the man he once was. Unfortunately, while the brainwashing was removed from his brain, the memories of his time as the Winter Soldier were not.

While Bucky struggled to make amends to those he had hurt during his time as the Winter Soldier, what he had done continued to haunt him. No good deed could outweigh his crimes. However, that seemed to change by the end of the newest series on Disney+, Marvel’s The Falcon and the Winter Soldier. In the series, Bucky worked with Sam Wilson — AKA Falcon — to take down an anti-nationalist group, Flag-Smashers.

Recently, The Falcon and the Winter Soldier writer Malcolm Spellman sat down with The Playlist and spoke about Bucky’s transformation during the series. Spellman was asked about a potential season two and where he could see Bucky going and said the following:

“If I tell you, then you’re going to ask me what that would be. I think Bucky is free in a way. Even coming out of Wakanda, he still wasn’t totally free. He was freed programming, but I believe Bucky is free now in a way. Look at the way he smiled at the end; he got a family, he’s invited to the cook-out, as we say in the community. He is free in a way that I think we haven’t seen, and that leads to a lot of possibilities for him.”

As of right now, there is no confirmation whether Bucky Barnes — or the Winter Soldier — will appear in any more Marvel films.  However, it has been reported that a Captain America 4 is in the works at Marvel, bringing back Sam Wilson as Captain America. It is rumored that the film is being penned by Malcolm Spellman, after his work on The Falcon and the Winter Soldier.

Hopefully, Sam’s close relationship with Bucky that developed during the series will mean that there is a possibility that Bucky will make another appearance in the Marvel Cinematic Universe.

Do you want to see more of Bucky Barnes in the MCU? Let us know in the comments!