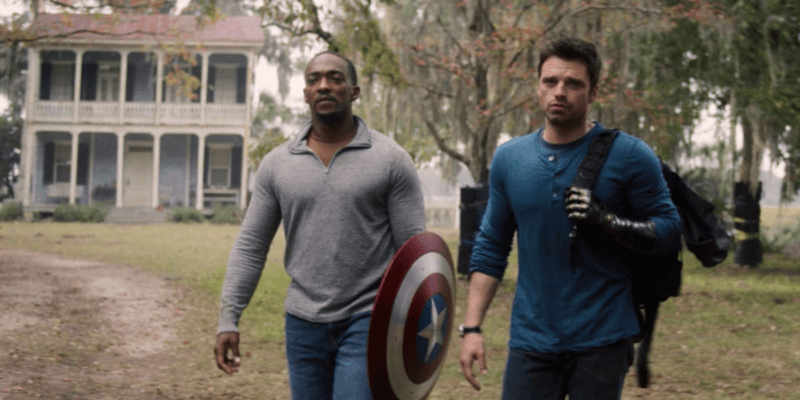 The Falcon and The Winter Soldier finale, “One World, One People,” brought this chapter of the story of Sam Wilson (Anthony Mackie) and Bucky Barnes (Sebastian Stan) to a close. The thrilling conclusion of this successful run of the Disney+ streaming series gave fans a satisfying ending — for now — while also rewarding hardcore MCU fans as well as fans of Marvel Comics.

The Falcon and Winter Soldier finale was stuffed with Easter eggs like direct references to comic book story arcs, and foreshadowing elements that will no doubt shape the Marvel Cinematic Universe for years to come.

The finale gave us the moment everyone has been waiting for since Steve Rogers (Chris Evans) gave Sam Wilson the Captain America shield at the end of Avengers: Endgame (2019) has arrived. At the end of Episode 5, “Truth,” Sam Wilson received a delivery from Wakanda, and just as fans suspected, it contained a brand new Captain America suit. 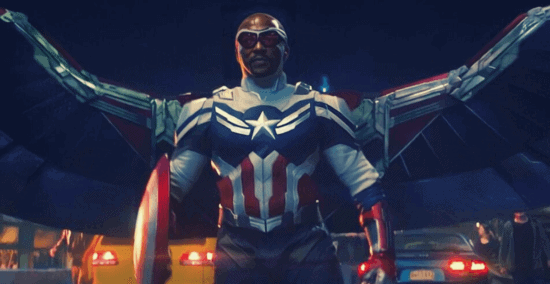 This one is distinctly Falcon, incorporating his signature wings and flying technology. The design is heavily reminiscent of Sam’s Captain America suit from the comics. A few details have changed, notably the wingspan being much larger, but the comic book inspiration was evident to fans of Sam Wilson’s run as Cap on the page.

Speaking of new uniforms, The Falcon and The Winter Soldier finale totally nails the U.S. Agent look for the MCU’s John Walker (Wyatt Russell). By the time John Walker agrees to join the Contessa as the U.S. Agent, his uniform has changed to a near comics-accurate depiction, as the blue in his version of the Captain America uniform has been replaced with black.

This finale provided something of a redemption story for the controversial super soldier, as he opted to save lives rather than get his revenge on Karli Morgenthau, the Flag Smasher (Erin Kellyman). Will the Contessa’s offer for redemption stay on the straight and narrow? Or is something darker afoot? Cue the Dark Avengers…

Zemo is on “The Raft”

Flawed fan-favorite Baron Helmut Zemo (Daniel Bruhl) is shown to be imprisoned on “The Raft.” This is the second appearance in the MCU of the famous super villain supermax prison straight from the pages of Marvel Comics. The floating lockup first appeared in the Captain America: Civil War comics arc, as well as the The MCU’s  cinematic version of Captain America: Civil War (2016).

When Sam takes Isaiah Bradley to the new exhibit dedicated to the legacy and sacrifice of Isaiah Bradley at the Smithsonian Institute, they stop at a plaque with his name. If you pause on that plaque, you can make out details of Isaiah Bradley’s story, including mention of the super-soldier serum. These details appear to coincide with Isaiah Bradley’s Marvel Comics story, Truth: Red, White & Black. Episode 5 of Falcon and Winter Soldier is also titled “Truth” in reference to this comic book arc.

Eagle-eyed Marvel Comics fans were definitely rewarded with some cool MCU Easter eggs in the finale and throughout the 6 episode run. Next up for the Marvel Studios and Disney+ is Loki, starring Tom Hiddleston as the Marvel Cinematic Universe’s favorite trickster god. Loki premieres on Disney+ June 11th.

What do you think is next for Sam Wilson and Bucky Barnes? Let us know in the comments!