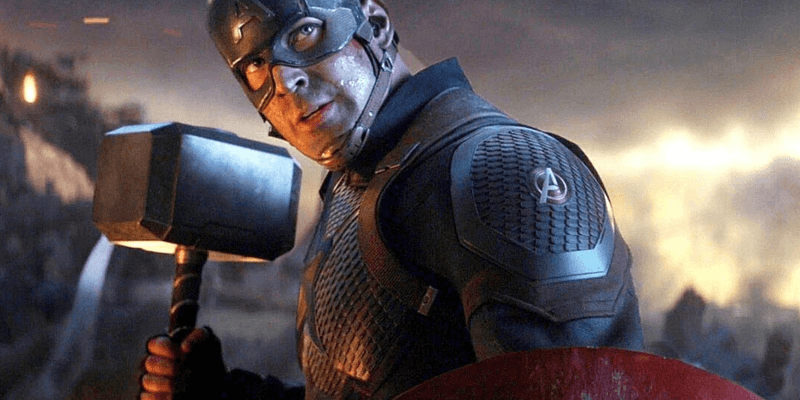 Just as The Falcon and the Winter Soldier came to its climactic conclusion in the season finale — Episode 6 “One World, One People” — it would seem that we will be seeing Anthony Mackie’s Captain America and Sebastian Stan’s Bucky Barnes/Winter Soldier appear together again soon as a fourth installment in the Captain America franchise has been announced.

Malcolm Spellman, who created the smash-hit Disney+ show, is attached to write the script, teaming up with Marvel staff writer Dalan Musson, with whom he worked on The Falcon and the Winter Soldier. While it is still early days, this early announcement suggests that Captain America will return as soon as Phase 5, joining the Mahershala Ali-led Blade movie, the as of yet untitled Deadpool 3, and a potential X-Men centered movie.

Spellman has used the Marvel show to deep-dive into what it means for a Black man to take on the role of Captain America, assembling a nearly all-Black writers room, the creator of the MCU show offered a social and political commentary on race relations in the United States of America. With Spellman attached as co-writer, it will be interesting to see how Captain America 4 expands on the themes already established in The Falcon and the Winter Soldier.

Per The Hollywood Reporter who broke the news, information of Captain America 4 is as follows:

No castings for the project are officially known but Friday’s episode offers plenty of roads for the feature to take. Up until this point, Chris Evans has played Captain America via the Steve Rogers character, appearing in a trio of solo movies, Avengers outings, and assorted Marvel movies. And the question of who is entitled to carry the shield or be Captain America was central to the show.

The feature is likely to continue the story of Sam Wilson, played by Anthony Mackie, and the current wielder of the shield. But as the writers get to work, it will interesting to see how the story unfolds with there now being multiple people who have been Captain Americas in the Marvel Cinematic Universe.

No director is attached and Evans’ involvement or return remains unconfirmed. Marvel was tight-lipped as usual.

With the eyes of the world watching how Sam Wilson takes up the mantle of Captain America after Steve Rogers (Chris Evans) handed him the shield at the end of Avengers: Endgame (2019), this announcement is sure to shake the core of Kevin Feige’s Marvel Cinematic Universe.

The Falcon and the Winter Soldier quickly became a fan-favorite due to its charismatic leads in Mackie and Stan — who had already amassed a huge fanbase following their starring roles in previous MCU movies, namely Captain America: The Winter Soldier (2014) and Avengers: Infinity War (2018). The Disney+ original show went on to outperform both of its predecessor’s — Elizabeth Olsen’s (Wanda Maximoff/Scarlet Witch) and Paul Bettany’s (Vision) WandaVision, and Star Wars‘ Disney+ launch show, The Mandalorian.

Evans became beloved throughout his tenure as the star-spangled supersoldier, and now, after weeks of build-up, the culmination of Spellman’s and director Kari Skogland’s The Falcon and the Winter Soldier saw new characters introduced and old characters become new heroes. Emily VanCamp’s Sharon Carter reprised her role, albeit this time as the exiled S.H.I.E.L.D agent living out in Madripoor. And, Daniel Brühl also returned as the anti-hero, Baron Helmut Zemo.

With The Falcon and the Winter Soldier already having included so much in its six-episode miniseries run — the Wakandan warriors, the Dora Milage, headed up by Ayo (Florence Kasumba) and the arrival of Wyatt Russell’s John Walker — the foundation is there for a thrilling fourth movie in the Captain America franchise.

Are you excited for Captain America 4?