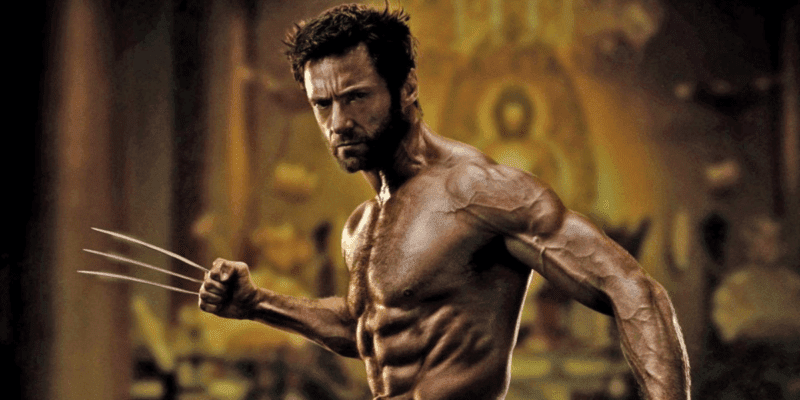 Ever since Disney closed the deal on the purchase of rival studio 20th Century Fox, Marvel Cinematic Universe fans have been eager for the X-Men to integrate into the MCU. Now, it seems as though Wolverine, the nigh immortal fan-favorite mutant popularized on-screen by Hugh Jackman, may be on his way to Disney+.

With Wolverine’s long and intricate history, it appears audiences will have a chance to become even more familiar with the character from the timeframe before he was part of the Weapon-X program that gave him adamantium claws.

The Hashtag Show has shared reports that the Wolverine series may already be in development. According to the rumors — which haven’t yet been confirmed — the show would likely be an anthology, with each season focusing on a story from different periods in Wolverine’s long life.

As fans know, Logan’s mutant healing factor causes him to age at a far decelerated pace than a human. According to X-Men: Origins (2009), starring Hugh Jackman in the Wolverine role he’s become synonymous with, James Howlett was born in 1832. Comics place Logan’s birth sometime in this era as well, meaning there is ample opportunity to explore the character through numerous settings and generations.

Jackman’s Wolverine was introduced as a loner, a flawed hero looking for answers about his past. That was the theme of Logan’s journey throughout his narrative in the Fox films. The Wolverine (2013), the sixth installment in the X-Men movies franchise, in particular focused on the character in a solo adventure, largely apart from the rest of the X-Men. With fans of the X-Men movies curious what a Disney Marvel Cinematic Universe reboot would do to mutant characters with histories predating the Marvel Phase One films — like Wolverine and Apocalypse, for example –these rumored stand-alone exploits from Logan’s extensive history would solve a storytelling issue for Marvel Studios.

From The Hashtag Show,

“Marvel and Kevin Feige have been hard at work on an approach to Mutants and X-Men characters. They have the challenge of bringing a huge assortment of characters to screen in a way that is both entertaining, but also natural and seamless. My sources tell me that for the longest time Wolverine was the hardest of these characters as he’s one with a huge host of stories, but Marvel Studios and Kevin Feige are confident that an anthology series can safely explore Wolverine’s vast history without affecting any role that he would have in an X-Men film.”

The Marvel Cinematic Universe certainly has been dropping hints of a mutant invasion of the MCU, and leaving a trail of breadcrumbs for X-Men fans to follow.

In WandaVision, Fox’s Pietro “Quicksilver” Maximoff, Evan Peters, was added to the Hex’s cast in Wanda Maximoff’s head canon, replacing her MCU brother, first played by Aaron Taylor-Johnson in Avengers: Age of Ultron (2015). While this casting was ultimately a red herring for X-Men fan theorists, it did bring fan excitement for mutant introduction into the MCU to a whole new level.

In The Falcon and the Winter Soldier, currently in season on Disney+, Sam Wilson (Anthony Mackie) and Bucky Barnes (Sebastian Stan) visit Madripoor, a locale featured prominently in X-Men comics, and one where Wolverine has spent a lot of time. Add to that, the reports of a Kevin Feige-produced reboot of the X-Men movie franchise, The Mutants, the likelihood of an MCU Deadpool 3 , and a rumored Deadpool animated series, there is plenty of fresh content in store for X-Men fans.

What do you think? Can anybody replace Hugh Jackman as Wolverine? Who should play Wolvie in the MCU? Let us know in the comments!

Comments Off on ‘Wolverine’ Series Rumored For Disney+