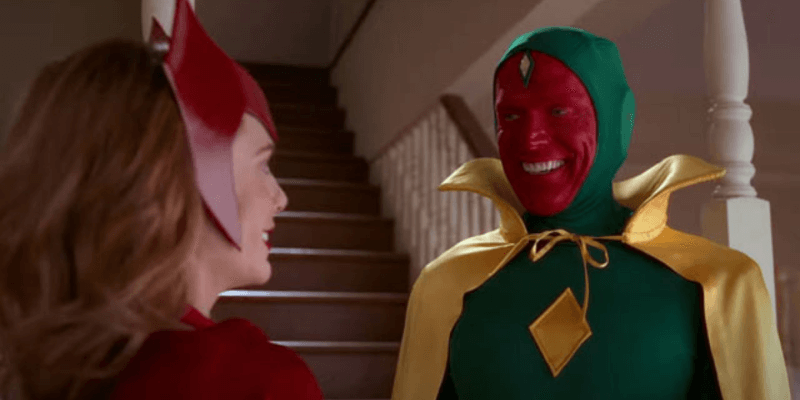 In the most recent episode of Saturday Night Live, Marvel fans may have picked up on a line from a Kenan Thompson-led fake game show sketch skewering the Disney+ MCU series, WandaVision.

The game was hosted by SNL veteran Kenan Thompson as Elliot Pants, who introduced pictures for the contestants to observe and then try to guess what was unusual about the illustration. The comedic premise here was that the over-matched contestants saw everything wrong with the picture except for what was actually intended.

In the first round, Kenan Thompson’s character presented a picture of a doctor and a young woman holding her newborn baby. A clock in the background had letters instead of numbers.

After numerous incorrect and hilariously goofy guesses, an exasperated Thompson gives the hint that the correct answer had “…something to do with time.” Still oblivious to the conspicuous flaw in the image, Aidy Bryant’s character buzzed in to guess that “The baby’s been out for an hour, but the doctor won’t stop explaining WandaVision.”

In WandaVision’s critically acclaimed run, it became as famous for its wildly elaborate fan theories as for its inventive storytelling. Many Marvel fans were disappointed that the series finale of WandaVision slammed the door on fan theories that had gained popularity on social media in the preceding weeks.

When audiences found out it was Agatha all along, rather than Mephisto, and that the new Pietro Maximoff had nothing to do with the X-Men integrating into the MCU, and everything to do with Ralph Bohner being just some random guy, the finale’s reception fell a little flat for online theorists.

Still, more than a month after the Scarlet Witch’s journey on WandaVision came to a close, its hold on pop culture remains. The chronicle of Wanda Maximoff (Elizabeth Olsen) and Vision (Paul Bettany) following the events of Avengers: Endgame (2019) struck a chord with fans of the Marvel Cinematic Universe.

The latest Disney+ MCU series, The Falcon and The Winter Soldier starring Anthony Mackie and Sebastian Stan as the titular characters, earned a massive viewership in its own right, while also captivating fans eager to take a stab at cracking the story’s trajectory before everyone else. Baron Zemo (Daniel Bruhl) has become a fan favorite anti-hero and a meme for his dancing scene in the episode, “The Power Broker”. John Walker (Wyatt Russell) has also generated a ton of fan interest as the new Captain America everybody loves to hate.

You can watch the SNL sketch with the WandaVision reference, What’s Wrong With This Picture? via SNL‘s YouTube channel below. Keep in mind SNL is a late-night show rated TV-14 and features humor that may not be suitable for younger viewers.

What do you think? Are MCU series fan theories getting out of control? Or, are they the best part of being a Marvel fan? Let us know in the comments!