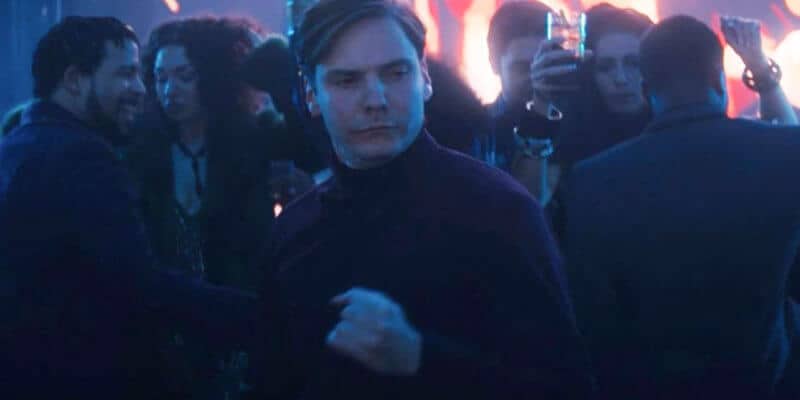 Disney+ original series have been hugely successful for the platform ever since the The Mandalorian gifted the world and Star Wars fandom with the cute, cuddly, ubiquitous “Baby Yoda.” As the number of subscribers for the streamer has risen, so too has the amount of internet chatter surrounding their latest episode releases. With each episode of The Mandalorian, and then the Marvel series WandaVision, the internet generated more and more fan theories and memes.

The latest Disney+ series, The Falcon and The Winter Soldier, stars Anthony Mackie and Sebastian Stan in the titular roles. The first two episodes gave us plenty of intriguing moments that made audiences reexamine the MCU in a whole new way. But with the third episode dropping last Friday, fans have found the most meme-worthy moment so far. Enter: “Dancing Zemo.”

A dedicated Twitter account made the scene, @zemodancingto, that featured clips of Daniel Bruhl’s Baron Zemo dancing to every song imaginable — from The Beach Boys to Elton John to Huey Lewis and The News and many, many more.

Huey Lewis and the New – Hip to be Square

Huey Lewis and the News – Hip to be Square pic.twitter.com/5Z0dlkCo9N

Now that Dancing Zemo has taken hold, it would appear he isn’t letting go, as today #ReleaseTheZemoCut is trending on twitter. The hashtag is a nod to the internet campaign #ReleaseThe SynderCut led by rabid fans of Zach Snyder’s Justice League 2021, which successfully compelled Warner Bros. to release Zach Snyder’s version of Justice League (2017). The tongue-in-cheek #ReleaseTheZemoCut campaign has The Falcon and The Winter Soldier fans demanding more footage of Baron Zemo dancing.

Twitter user @germanjedi summed it all up perfectly when he tweeted,

I want an extended version of this. I mean, they must have more footage of Zemo dancing than just those 1.5 seconds! #ReleaseTheZemoCut

I want an extended version of this. I mean, they must have more footage of Zemo dancing than just those 1.5 seconds! #ReleaseTheZemoCut https://t.co/0jZZyvu7Da

In the latest Falcon and the Winter Soldier episode, “Power Broker,” Falcon (Anthony Mackie) and Winter Soldier (Sebastian Stan) have run out of options as all trails to the super-soldier cabal known as the Flag Smashers have gone cold.

Sam Wilson and Bucky Barnes decide to put aside their beef with Baron Helmut Zemo and break him out of prison, hoping his experience hunting super soldiers will help them track down the Flag Smashers. Zemo, the wealthy mastermind, flies Falcon and Winter Soldier to Madripoor, a sordid criminal haven. Zemo leads the undercover heroes to a seedy nightclub, where audiences are treated to Zemo’s smooth dance moves. The scene is short and sweet, just offering fans a taste of Zemo’s dancefloor prowess.

What do you think of Dancing Zemo? Let us know in the comments below!