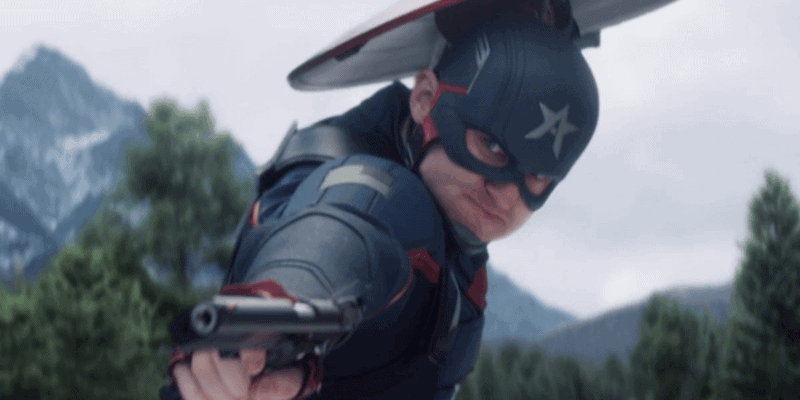 The new Captain America, John Walker (Wyatt Russell) has been a lightning rod for attention, good and bad, since the debut of The Falcon and the Winter Soldier on Disney+. Known in the comics as U.S. Agent, John Walker was introduced in Falcon and Winter Soldier as the government-sanctioned replacement for Steve Rogers, vibranium shield and all.

Marvel fans seem to be cheering on evil mastermind Baron Zemo (Daniel Bruhl) far more than the controversial new Captain America. Could Walker’s imposter syndrome set him up for a storyline similar to an MCU super-soldier turned super villain – Abomination (Tim Roth) in The Incredible Hulk (2008)?

The MCU’s most recent attempt at a standalone Hulk film, The Incredible Hulk featured Edward Norton’s Hulk on the run from the United States military in an effort led by General “Thunderbolt” Ross. Bruce Banner / Hulk is a fugitive of the United States, as the military seeks to capture and control what they consider to be a failed experiment – an attempt to recreate the Super-Soldier program that gave the original Captain America his powers.

Emil Blonsky, a special-ops agent working for Ross’ unit, shares the General’s obsession with the Hulk. He is given a reformulated Super-Soldier serum that enhances his strength, durability, and reflexes. As the film goes on, and experimental serum continues to develop in Blonsky’s system, he ultimately becomes a monstrous monster behemoth with a fierce power even more devastating than the Hulk’s.

One reason the Super-Soldier serum acts on Blonsky in this way, turning him into the brutish Abomination, is due to one often overlooked quality of the volatile concoction. The Super-Soldier serum not only enhances your existing strength and reflexes but also augments the inherent personality traits that exist in the user.

One reason Steve Rogers was chosen as Captain America over many other more physically capable or decorated applicants was because of his inherent selflessness and humanity — attributes that were indeed magnified by the serum.

Blonsky was a callous, violent soldier-for-hire when he was given the serum. These traits were amplified by the Super-Soldier serum manifesting as hideous mutations that physically mirrored his inner intentions as he became Abomination.

Is John Walker a Super Soldier?

When Wyatt Russell’s John Walker is introduced in The Falcon and the Winter Soldier as the new Captain America, it’s said that he has not been enhanced with the Super-Soldier serum. We’re told that John Walker has an impressive military career, and has performed admirably while serving the United States military. He’s presented as just a good guy in peak human physical condition with Cap’s vibranium shield. Though the parallels with Emil Blonsky may indicate that a Super-Soldier serum fueled heel turn is around the corner.

Blonksy, like Walker, had a military career of distinguished service. His willingness to win at all costs drove him to be a formidable soldier. Blonsky, after encountering Banner becomes completely fixated on the Hulk – a fixation that quickly turned into a toxic obsession. Falcon and Winter Soldier has given audiences some glimpses of John Walker’s darker side with would seem to be indicative of an obsession with Steve Rogers and the symbol of Captain America.

In episode 3, “Power Broker,” Wyatt Russell gets intense as John Walker becomes unhinged after a man he believes to be harboring his target literally spits in his face. “Do you know who I am?” screamed Walker, in a way that revealed to audiences his obsessive desire to be respected. Also in this episode, Walker expresses a desire to do a mission “off the books,” to get the jump on The Falcon, Sam Wilson, and Bucky Barnes, the Winter Soldier. This small exchange implies that John Walker is willing to win at all costs like Blonsky.

If Walker were to be given a version of the Super-Soldier serum, would these toxic traits become amplified, twisting him into a supervillain? In his compulsive desire to replace and surpass Steve Rogers, we could see John Walker ultimately resembling the Abomination more than Captain America.

We get our next chance to see Wyatt Russell as John Walker the new Captain America along with Sam Wilson (Anthony Mackie) and Bucky Barnes ( Sebastian Stan) as in the next episode of The Falcon and the Winter Soldier, premiering Friday, April 9th on Disney+.

Do you think Wyatt Russell’s new Captain America John Walker will take (or already has taken) the Super-Soldier serum? Let us know in the comments!

Comments Off on New Captain America Has Villainous ‘Hulk’ Connection