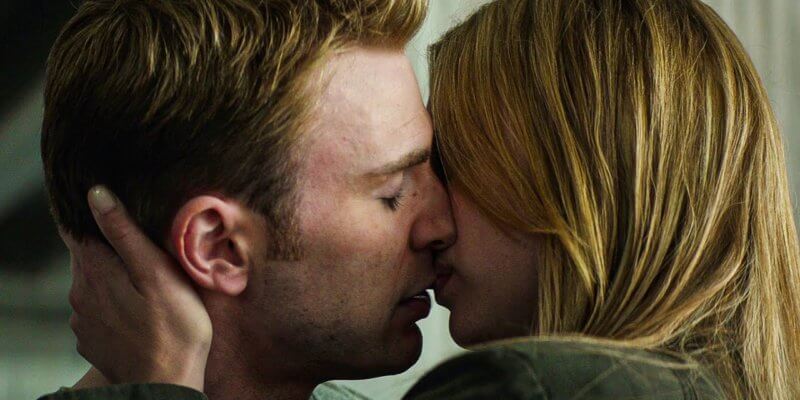 The actor has responded to the fan backlash towards Steve Rogers / Captain America for kissing his love interest’s niece in Captain America: Civil War.

What’s the beef with this Captain America kiss?

The moment comes in a pivotal moment during Captain America: Civil War. Sharon Carter (VanCamp) bails out Steve Rogers, Sam Wilson, and Bucky Barnes by returning their gear. Interestingly, this plot point was confirmed to have turned Sharon’s life upside down during The Falcon and the Winter Soldier.

The scene is pretty standard as Cap and Falcon are given back their shield and wings, respectively. However, things take a controversial turn as Captain America shares a cheeky snog with Sharon before leaving. This moment is played mostly for laughs as the camera cuts to the reactions of Bucky and Sam, who sit smirking.

Some Marvel fans were not laughing, however. Many felt that it was more than a little inappropriate that the star-spangled hero shared a kiss with the niece of his one true love, Peggy Carter / Agent Carter (Hayley Atwell). It also raised some awkward questions as fans imagined Steve telling Peggy about the kiss after he went back in time in Avengers: Endgame.

What did Emily VanCamp say about the kiss?

Speaking to Variety, VanCamp called the reaction to the kiss “completely understandable”. She also went on to say that “I mean, look, you have to laugh. Some of these storylines play and some of them don’t. But, you know, I thought that was an amazing film. It’s just one of those things.”

It seems that VanCamp understands why Marvel fans got so worked up about that Captain America kiss. The fact that Sharon Carter is the niece of Peggy does make it pretty odd. We can’t really say we blame them, though in the grand scheme of the Marvel Cinematic Universe, it’s a pretty minor plot point.

We’re far more interested in seeing how VanCamp’s role in The Falcon and the Winter Soldier develops, especially if this crazy theory turns out to be true! However, it’s good to see stars responding to fan concerns, even if the movie is now five years old!

Steve Rogers notably shares a quick smooch with Black Widow / Natasha Romanoff (Scarlett Johansson) during the events of Captain America: The Winter Soldier. However, this was a more quick distraction while they were on the run from HYDRA while looking for The Winter Soldier. Additionally, this kiss is far less problematic as Natasha has no relation to Peggy.

Relationships are commonplace in the Marvel Cinematic Universe. Vision and Wanda / Scarlet Witch, Thor and Jane Foster, Tony Stark and Pepper Potts: the list goes on. However, fans took umbrage with this particular relationship due to the intense love between Peggy and Steve, and Peggy’s familial relationship to Sharon.

Whatever you think of it, VanCamp reckons it’s water under the bridge!

Catch Emily VanCamp, Hayley Atwell, Chris Evans, and every other Marvel Cinematic Universe star by rewatching the movies and shows on Disney+. Don’t miss out on new episodes of The Falcon and the Winter Soldier every Friday. Also look out for the return of Natasha Romanoff when Black Widow comes to the streaming service.

The Captain America kiss that set the Marvel fandom on fire

For those who don’t recall, the kiss takes place during Captain America: Civil War. However, Agent 13 / Sharon Carter had already played a big part in the Marvel Cinematic Universe in the prior Cap movie: Captain America: The Winter Soldier (2014). This film also marked the first appearance of the Falcon himself, Sam Wilson (Anthony Mackie). Additionally, it was directed by Joe Russo and Anthony Russo, better known as the Russo Brothers. Captain America: The Winter Soldier also featured Nick Fury in a major role for the last time until he reappeared in Captain Marvel (2019).

The Russo Brothers would go on to direct Civil War, Avengers: Infinity War, and Avengers: Endgame. Unfortunately, the later movies did not feature Sharon, but it’s good to see her back in The Falcon and the Winter Soldier! However, Atwell did return as her aunt in Avengers: Endgame for a final, poetic send-off with Steve.

What do you think about the Captain America kiss? Let us know in the comments below.