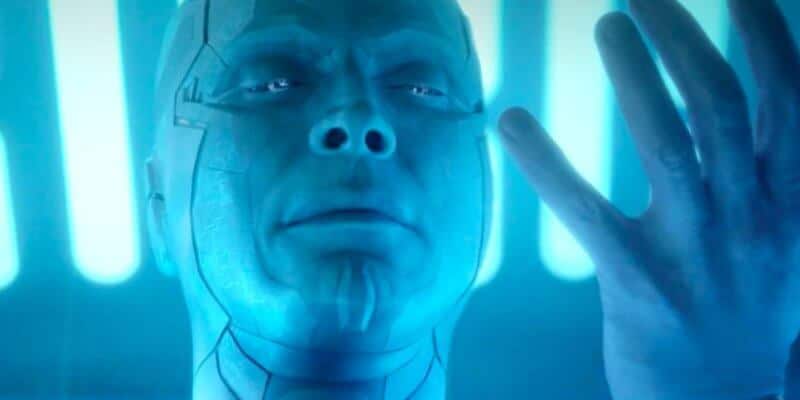 According to Indiewire (via an Entertainment Weekly interview), Shakman is bracing for a strong fan reaction, perhaps not for the right reasons.

He cites all the recent theorizing as grounds for concern and expects a level of disappointment.

What did Shakman say about the WandaVision finale?

During the EW interview, Shakman spoke about the aims of Marvel Studios when creating WandaVision. He and head writer Jac Schaeffer have aimed to tell a story about Wanda Maximoff’s grief with a stylish aesthetic. I think every Marvel fan can agree that they’ve achieved that.

However, Shakman also expressed concern that the nature of fan theorizing might leave some viewers disappointed on Friday. He said:

“I hope that they feel like the journey was satisfying for them […] I know there are so many theories out there; there will be a lot of people who will no doubt be disappointed by one theory or another. But we’re always telling this story about Wanda dealing with grief and learning how to accept that loss, and hopefully people will find that the finale is surprising but also satisfying, and that it feels inevitable because it’s the same story they’ve been watching the whole time.”

Shakman will obviously be thinking of previously disappointing season finales that left a bad taste in the fandom’s mouth. Series like LOST and Game of Thrones were notoriously criticized for failing to stick the landing, and it would be a shame for Marvel’s first series to falter in the same way.

However, Marvel knows how to land an ending. Avengers: Endgame quickly became the best-selling movie of all time and did what many felt was impossible. Kevin Feige and his crew at Marvel Studios know how to craft an ending, so we’re hopeful the WandaVision finale won’t disappoint.

What have fans been theorizing?

The big cliffhanger of episode eight saw director Hayward resurrect the Vision’s body (now sporting a chic blue/white look). Fans immediately think that this could signal James Spader’s return as Ultron, the malevolent AI not seen since Avengers: Age of Ultron in 2015.

However, Ultron is just the tip of the iceberg. As a mystery show, WandaVision has practically been built on fan theories. We speculated that Agnes would likely Agatha Harkness long before the show revealed it in episode seven. Equally, Evan Peters’s return signaled one thing, even before the series aired: the multiverse.

It now seems that Pietro Maximoff may be nothing but an illusion conjured up by Kathryn Hahn’s Agatha. However, this hasn’t stopped some Marvel fans from speculating that WandaVision‘s finale will see the X-Men’s triumphant return. As a reminder, Peters originally played Pietro in the 20th Century Fox X-Men series.

Additionally, Benedict Cumberbatch’s Doctor Strange is highly rumored to appear in the finale. We know that Elizabeth Olsen will return for Doctor Strange in the Multiverse of Madness, so this seems like a good bet.

Then you have Teyonah Parris’ Monica Rambeau, who quickly became a fan favorite. WandaVision‘s finale has got to address how this character got her superpowers and what that means for future Marvel projects. Some fans think that Brie Larson’s Captain Marvel might even turn up for a super-powered reunion with Monica.

Additionally, both Sam Wilson (the soon to be new Captain America) and Tom Holland’s Spider-Man are rumoured to show up in a cameo role. Sam seems less likely as he’s due to star in The Falcon and the Winter Soldier from March 19. However, as Spider-Man: No Way Home will reportedly deal heavily with the multiverse, Holland as Peter Parker isn’t quite as farfetched.

There’s certainly a lot that could happen in WandaVision‘s finale. However, if Shakman is to be believed, it isn’t going to be as wild as some fans are anticipating.

Regardless of what Shakman says, the finale is certainly shaping up to be exciting.

Wanda Maximoff has so far never been referred to as the Scarlet Witch, her comic book counterpart. All that changed in episode eight, as Agatha Harkness revealed that Wanda was an expert in chaos magic and she is the mythical Scarlet Witch.

We don’t know exactly what that means yet, but it’s certainly ramping up to be an intense final episode. With white Vision and the Scarlet Witch on the horizon, Shakman and the folks at Marvel Studios won’t have to worry about disappointing us Marvel fans.

One thing’s for sure: episode nine is going to be a doozy!

Related: ‘Agatha All Along’ Charts Billboard List With Hidden Meaning