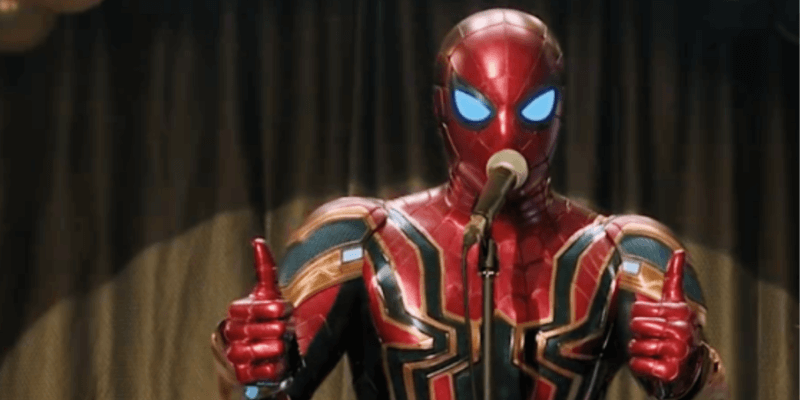 It seems like only a week ago that Sony Pictures announced an exclusive deal to exclusively stream some of their future films on Netflix. This included the upcoming Spider-Man and Venom movies. But now a new deal just announced reveals that these films will be coming to Disney+ after their Netflix window expires.

Disney has set a massive movie licensing pact with Sony Pictures for the U.S. that promises to bring Spider-Man and other Marvel properties on Disney Plus starting with Sony’s 2022 release slate.

So what does this all mean?

Marvel fans know very well that currently, the Spider-Man films starring Tom Holland as Peter Parker are not available to watch on Disney’s streaming platform. This makes it hard to binge the entire Marvel Cinematic Universe on one streaming service and when that new deal with Netflix made it seem like Spider-Man: Homecoming (2017) and Far From Home (2019) would never come to Disney.

When Will Sony Films Come to Disney+

While no official time frame has been announced as yet. The deal with Netflix is for the Pay 1 Window, which is sometimes around 18 months after a film hits theaters. Once that window expires, the new Disney deal will see Sony’s titles hit Disney platforms for their Pay 2 windows.

And it’s not just Disney+ included in this new deal. ABC, FX, and Freeform, which are all owned by Disney, will also get new Sony content to bolster their libraries and it even impacts Hulu, which is part of the Disney bundle. Chuck Saftler, who is the head of Business Operations for ABC, Freeform, FX Networks had this to say about this tremendous deal:

This is a win for fans, who will benefit from the ability to access the very best content from two of Hollywood’s most prolific studios across a multitude of viewing platforms and experiences

President of Sony Pictures, Keith Le Goy called the deal “groundbreaking.” This new deal could be another sign that Disney and Sony are in it together for the long haul. It has ramifications for more than just Spider-Man. The new deal does not just focus on Marvel films. Films like Jumanji, and Hotel Transylvania are also part of the package.

Another interesting sign for the continued integration of Sony’s films into the main MCU time line is the rumors of William Defoe seen on the set of Spider-Man: No Way Home, where it seems he will be reprising his version of Norman Osborn, the Green Goblin. There has been speculation that he will be more than a cameo from Sam Raimi’s trilogy. He may be showing up for a while still to come.

Are you excited for these films to come to Disney+?