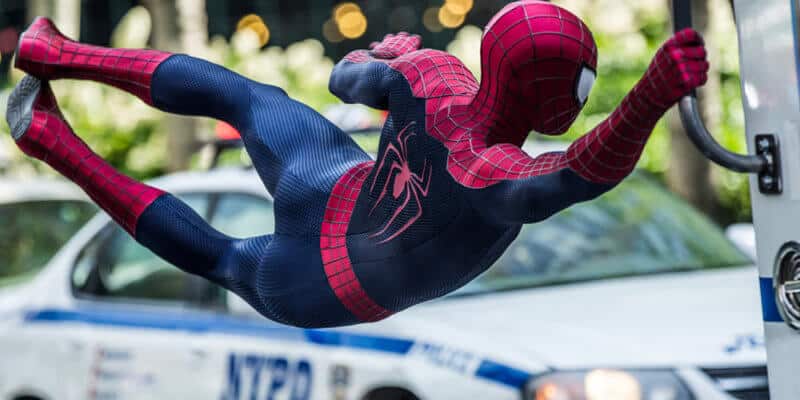 Sony Pictures has signed a deal with Netflix to exclusively stream their future films after their theatrical releases. The newly inked deal includes the upcoming Spider-Man and Venom movies.

Over the last decade, Netflix has become a streaming powerhouse. From housing beloved series like The Office and Parks and Recreation for years to releasing award-winning original content like Stranger Things, The Queen’s Gambit, and The Crown, the multi-billion dollar company is one of the streaming game’s top performers.

With other streaming services like Disney+ and HBO Max rising through the ranks, Netflix is constantly thinking three steps ahead with their future streaming deals and exclusive offerings for their 200 million subscribers.

Starting in 2022, Netflix will be the first US streaming home for Sony Pictures films following their theatrical releases. Get ready for UNCHARTED, MORBIUS, BULLET TRAIN & WHERE THE CRAWDADS SING, plus future sequels to VENOM, JUMANJI, BAD BOYS & SPIDER-MAN: INTO THE SPIDER-VERSE

Starting in 2022, Netflix will be the first US streaming home for Sony Pictures films following their theatrical releases. Get ready for UNCHARTED, MORBIUS, BULLET TRAIN & WHERE THE CRAWDADS SING, plus future sequels to VENOM, JUMANJI, BAD BOYS & SPIDER-MAN: INTO THE SPIDER-VERSE

According to The Hollywood Reporter,

“For theatrically released films, the pact will begin with Sony’s 2022 film slate, which includes Morbius, Uncharted, Bullet Train, and the sequel to the Oscar-winning Spider-Man: Into the Spider-Verse. In the future, this will also include installments from major Sony franchises like Jumanji and Bad Boys. Sources tell THR that the deal is worth roughly $1 billion to Sony.”

Up to this point, Sony’s PVOD partner has been Starz, but the Spider-Man studio is ready to make the swing over to Netflix. Starting in 2022, all of Sony’s future films will find their way to Netflix after their theatrical releases.

Last year, Warner Bros. Pictures inked a massive deal with HBO Max to release its 2021 movies simultaneously on the streaming service and in theaters. Without an extra fee, subscribers can enjoy new titles like Godzilla vs. Kong and Wonder Woman 1984 in the comfort of their homes while the films were simultaneously released in theaters.

This is similar to Disney’s Premier Access tier for films like Mulan (2020) and Raya and the Last Dragon (2021). The difference is that Premier Access has cost an additional $29.99 to date.

Related: Holland Talks ‘Spider-Man 3’, Calls It The “Most Ambitious Superhero Movie Ever Made”

To be clear, this does not mean you have to subscribe to Netflix to watch upcoming Sony Marvel movies. It just means after the films leave the theaters, they’ll be found on Netflix instead of another steaming service or premium channel, such as Starz.

It has been reported that Disney and Sony’s partnership will end after Spider-Man: No Way Home, the third movie in Tom Holland’s Spider-Man trilogy. However, this has not been confirmed.

Marvel’s future involvement with Sony and the Spider-Man franchise is uncertain at this time, but this multi-year deal with Netflix could suggest there’s something cooking for Peter Parker.

While the future is uncertain for your friendly neighborhood Spider-Man, Sony’s future web-swinging hero’s future endeavors will be tied into Netflix.

Do you think Sony made the right deal? Let us know in the comments below!