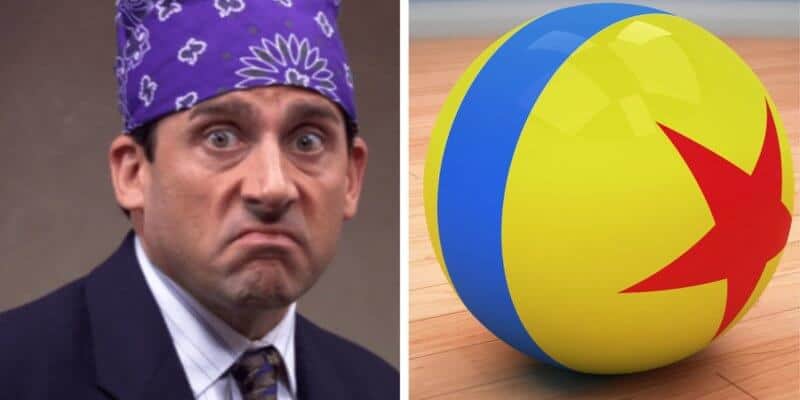 If you are just as big of a fan of The Office as you are of Disney, we are about to make your day both a little more hilarious and magical!

One of the best episodes of The Office is surely Pam Beasley (Jenna Fisher) and Jim Halpert’s (John Krasinski) wedding. The fan-favorite is a two-part episode airing over the fourth and fifth installments of Season 6 of the show. In Episode 5, the cast is enjoying their Niagara Falls stay prior to the happy couple’s wedding. Hijinks, of course, ensue throughout the story arc.

We get to see the hotel’s bar for quite a few scenes, but in one scene prior to the wedding, in particular, has Michael Scott (Steve Carell) explain what his favorite Pixar films are as he tries to pick up some ladies at the bar.

Michael decides to name his top three Disney-Pixar films — and it seems that each pick was very suited to the “World’s Best Boss”.  So, let’s take a look at Michael Scott’s favorite Pixar films. Please note that Scott didn’t note that these were in order of favorite, but as a whole, they comprise his top three.

The classic Pixar film Toy Story starring Sheriff Woody (Tom Hanks) and Buzz Lightyear (Tim Allen), is one of the Dunder Mifflin Boss’ favorite picks. Considering Michael Scott is the biggest childlike adult that is on the show, it makes sense that he likes to watch a film where he can feel like a kid and avoid growing up!

Pixar’s film Up is a classic and stars Carl Fredricksen (Ed Asner) and starts off with the tear-jerking story of how Ellie, Carl’s wife, ends up passing away just as Carl saves enough to take them to Paradise Falls. Throughout the entire show of The Office, Michael Scott is longing a female companion (until he finds Holly), and it seems that he would have a connection to the film because of that.

The final Pixar film that Michael noted was Finding Nemo. Although Nemo and his dad are not the perfect family, Michael, someone who loves the idea of being a good father to his future child, can certainly connect with the father-son relationship in the film. Plus, Michael is basically the Dory of Scranton, so are we really surprised he’s drawn to this film?

So that’s it, those are Michael Scott’s favorite Pixar films — and, also, the three movies he uses to pick up women that he wants to date. Personally, I wish we could sit down Oscar, Dwight, Andy, Angela, Kelly, Ryan, Kevin, Stanley, and the rest of the gang to hear their opinion on which Pixar film best represents Michael.

Do you think those three Pixar films accurately represent Michael Scott? Let us know below!