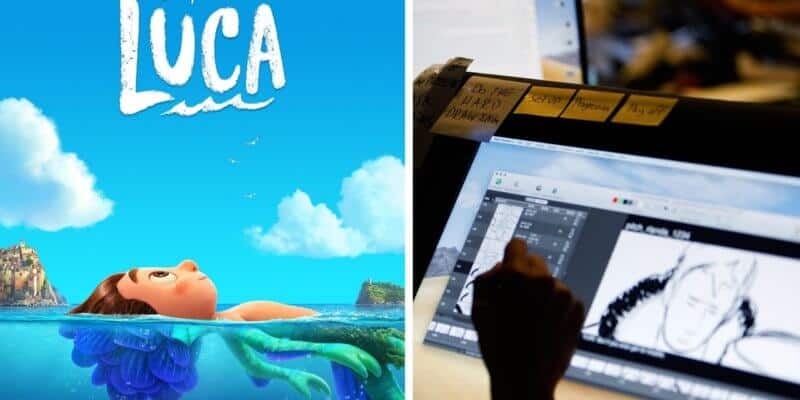 If you have not heard, Disney recently made the decision to move Luca, Pixar’s newest film, from a theatrical release, to a Disney+ streaming release.

To clarify, Luca will be available on Disney+ as of June 18 for free to anyone with a subscription to the streaming service. This means that Disney decided to forgo placing the film under the Premier Access label, which would have charged subscribers $30 to own the film on their Disney+ account.

Disney previously released another Pixar film Soul, as a free exclusive on Disney+ last December, making Luca the second Pixar film to be free for Disney+ subscribers (but the third if we count Onward, which went to Disney+ after its theatrical release was cut short in March 2020).

Well, after two major Pixar theatrical releases have taken a different route, debuting on Disney+ without extra charges, it seems that some of those who work for the company are not too happy with the decision to constantly release their films as “free” when others such as Mulan and Raya and the Last Dragon were not given the same treatment.

Related: Why Are New Pixar Films Always Free on Disney+?

Just talked to a Pixar friend who says Luca and Soul moves to Disney+ have been demoralizing for employees: “Forget theaters, we’re not even good enough for an upcharge?”

Just talked to a Pixar friend who says Luca and Soul moves to Disney+ have been demoralizing for employees: “Forget theaters, we’re not even good enough for an upcharge?”

Disney+ has released other films for free on Disney+, such as Flora & Ulysses, The One and Only Ivan, and Artemis Fowl to name a few.

But considering how overwhelmingly successful the films from Pixar tend to be in not only a financial sense, but also critically, it is surprising to see the latest big movies out of the powerhouse that is Pixar Animation Studios head to Disney+ for free.

Both Soul and Luca were intended for theatrical release, so it is understandable that those who helped create these movies would be disappointed not to see the films be held in the same regard as others. Take for example Marvel’s upcoming Black Widow movie. Black Widow will be on Disney+ Premier Access and theaters simultaneously, just like Disney’s Raya and the Last Dragon was when it released on March 5.

Disney has not said why they have decided to make Pixar films free Disney+ exclusive titles compared to other films, but it is not surprising to see employees of Pixar allegedly speak out on the matter.

That being said, the Tweet sparked some conversation and Kay D (@KayDMusiQ) noted their opinion of the situation:

Should they? Because realistically Soul got MUCH more attention as a Disney Plus original than Raya for example which was PA. Shouldn’t this Pixar person be more bothered about people actually seeing the film? People will obviously still see Raya but up to now it’s under radar

Should they? Because realistically Soul got MUCH more attention as a Disney Plus original than Raya for example which was PA. Shouldn’t this Pixar person be more bothered about people actually seeing the film? People will obviously still see Raya but up to now it’s under radar

Walt Disney Animation Studios’ Raya and the Last Dragon enjoyed a Premier Access and simultaneous theatrical release. This marked the first animation film to be Premier Access as the only other title that was released in this way was the live-action remake of Mulan.

The next two films that will get Premier Access and theatrical releases will be Black Widow and Cruella, neither of which are animated films. Perhaps that is why some employees at Pixar are allegedly feeling particularly left out.

For now, Disney fans can look forward to Luca debuting on Disney+.

What do you think? Should Pixar employees be upset with the choice to release Luca for free?