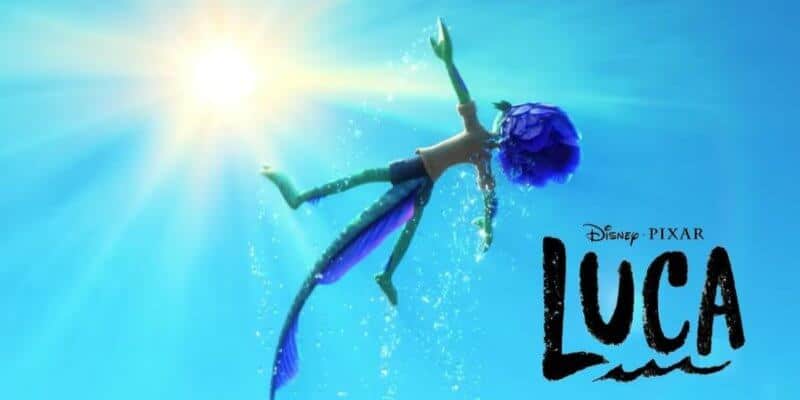 Pixar is a movie studio that is great at subverting fans’ expectations. In their latest released film, Soul, I, personally, did not expect the main character, Joe, to turn into a cat!

Today, we have the first look trailer at Pixar’s next movie adventure, Luca, and it appears that this film will also have a special twist.

Here is the first look trailer for Luca, which is set to debut this summer! Pay close attention because you might notice something magical:

Pixar invites you to experience a summer like never before. Luca arrives June 2021. #PixarLuca

Pixar invites you to experience a summer like never before. ? Luca arrives June 2021. #PixarLuca pic.twitter.com/8Bc6n8NgOm

Mermen? Sea Monster? A mythical creature of some kind? Looks like Luca will be full of magical surprises, making this a must-watch for the whole family!

D23 caught up with Luca‘s director, Enrico Casarosa, who gave a full rundown of what we can expect when Luca debuts in June 2021. The interview helps fans interpret the sea monster twist and leaves us hungry for more:

How do they conceal their colorful scales? “I think I can tell you a little bit, given that we’ve shown some of the transformation,” said Casarosa. “In the teaser, the key of it is water. We like this idea that somehow through the ages, there’s this coping mechanism that when they’re dry, they’re able to camouflage in their own way. Their true selves are sea monsters. But when they dry up, they can look like you. Water is a problem for them—and the fun of it is if they get splashed, there’s trouble!”

As for why humans are fearful of the sea monsters, Casarosa compared it to the lore surrounding creatures like Bigfoot or the Loch Ness Monster. “We like to say, ‘There’s been sightings,’” he said. Although the humans are afraid, they’re also “quite ready to attack them,” Casarosa added. “There’s definitely plenty to be careful about for these kids.”

As for the more fairy-tale elements at the heart of Luca? Those are inspired by the “fun, weird, mythical lore that some of these towns have in the Liguria region,” said Casarosa. “Between the personal and the fantastical, you start thinking, ‘What could happen here?’”

We are sure that Pixar has many unexpected twists and turns in Luca, and emotional moments as well, as those have become hallmarks of the fantastic films that come out of Pixar.

We are looking forward to Luca when it debuts this June!

Let us know if you are excited about Luca in the comments below!