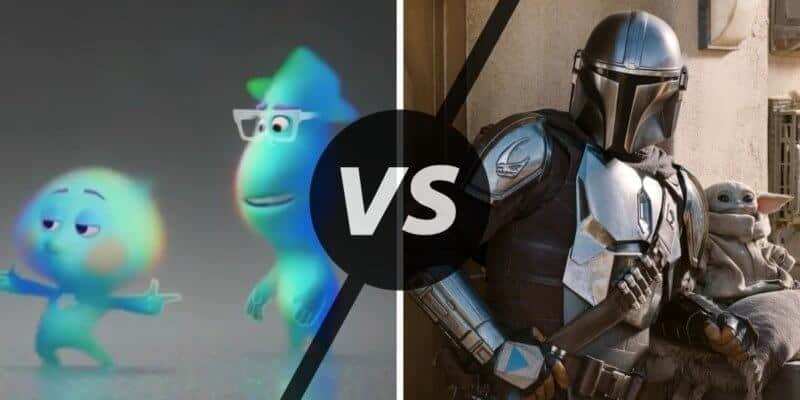 The Mandalorian has taken the world by storm with its second season concluding on Disney+ in December 2020. Fans have been following along with Din Djarin and Grogu’s story ever since the show debuted in 2019, but despite the growing popularity, The Mandalorian still isn’t always the top streaming program.

In fact, according to Nielsen, the latest top streaming program is the new Disney-Pixar film, Soul, which ended up going to Disney+ on Christmas Day instead of hitting the movie theaters due to the current pandemic.

Related: ‘The Mandalorian’ Was NOT the Top Streaming Program Last Month

Nielsen has just released its top ten streaming programs for the week of December 21 through December 27, and the Star Wars Disney+ series is not number one. In fact, it’s not even in the top three.

As you can see in the screenshot below, according to Nielsen’s latest analysis, Disney Pixar’s Soul, starring Jamie Foxx and Tina Fey, topped the streaming charts, beating out other programs such as The Office, Bridgerton, and the Star Wars hit series, The Mandalorian.

Soul also beat out the Christmas films, How the Grinch Stole Christmas and Christmas Chronicles 2, as well as other popular series like Grey’s Anatomy and Criminal Minds, during the holiday week.

More on The Mandalorian and Disney+’s Future With Star Wars

And, on top of a third season of The Mandalorian, Disney+ is also bringing fans several other Star Wars-themed series to the streaming service including The Rangers of the New Republic, Ahsoka, The Book of Boba Fett, and Obi-Wan show, and more. For a full list of what Star Wars series is coming to Disney+, visit our website here.

As for the number one streaming program, Disney Pixar’s Soul, this film hit Disney+ on Christmas Day after having a theatrical release delay due to the pandemic. The official description of the film reads:

If you aren’t yet signed up for Disney’s streaming service, you can get started by visiting the Disney+ website here.

Are you surprised to see Disney Pixar’s Soul beat out the Star Wars phenomenon The Mandalorian? Let us know in the comments below.