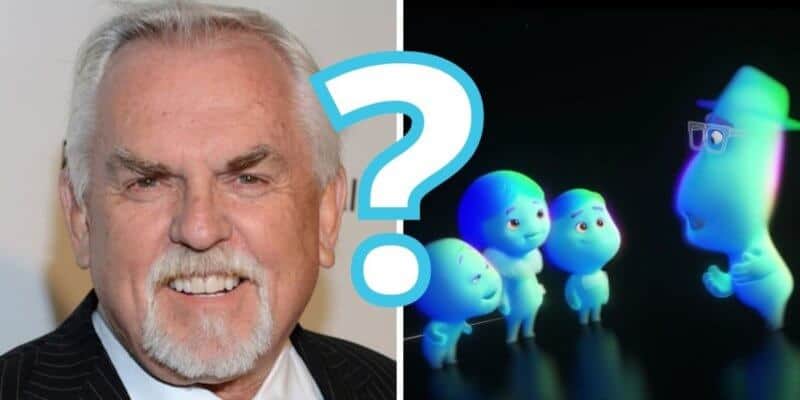 If you are a fan of Pixar films, you know that one of the biggest “Easter Eggs” and traditions is having the iconic voice of John Ratzenberger play one subtle character in each movie. In fact, he is the only actor to voice a character in every Pixar film.

In Finding Nemo, you can hear Ratzenberger voice the school of fish Dory is talking to. In Monsters, Inc. he voices the Yeti and in Cars he is everyone’s favorite super-liner transporation truck — Mack. And of course, we all know and love Ratzenberger as Hamm in the Toy Story franchise. So, did the actor continue this tradition with Disney Pixar’s latest film, Soul?

At first, many thought Ratzenberger actually broke Pixar tradition as no one could pinpoint his iconic voice within the film, which debuted on Disney+ Christmas Day. However, the director of the film has confirmed that Ratzenberger did continue the tradition and he has a very mysterious cameo in the movie.

Director Pete Docter confirmed in an interview this weekend with CinemaBlend that Ratzenberger does indeed make his iconic, yet very brief voice appearance in Soul, however, he did not give specific details.

Many are speculating that he voiced someone in the “Great Before” since it featured so many different characters with very different voices. Though Ratzenberger typically has a distinct voice, it seems as though since he was not immediately recognized, he may have intentionally used a different voice for Soul.

The film and crew are really keeping this one a secret as even on IMDB, Ratzenberger is not listed as a voice character for Soul. So, we will just have to wait and see if either Pete Docter or Ratzenberger himself comes out to reveal who his mysterious character is.

Soul is now streaming on Disney+. If you aren’t yet signed up for the service, you can get started here.

Who do you think Ratzenberger played in Soul? Let us know in the comments below.