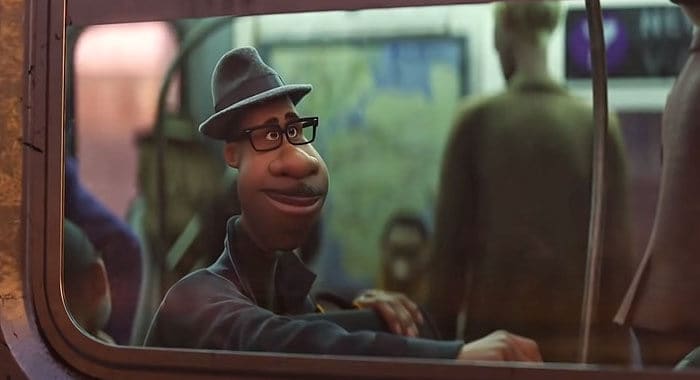 Soon, Pixar fans of all ages will finally get to experience Soul, the studios’ latest animated feature that — in our opinion — is sure to become a classic.

This film takes viewers on a very unique journey: a soul who doesn’t want to live meets a soul who doesn’t want to die. It may sound a bit heavy or grim, but this is a Disney-Pixar film, which means it will bring a smile to your face even if you don’t know it yet. From what we can tell, this movie will show audiences why every person’s life matters — no matter what they’ve been through or accomplished.

But one of the most significant things about this film is the effort it makes to represent a Black male on screen. Before Soul, Pixar had never made a movie with a Black man as the lead. Now, a film that has been five years in the making is making strides when it comes to representation and inclusion in family films.

MontaQue Ruffin, one of the animators who worked on the film, shared some of his experience and thoughts during the presentation.

“As you know, Joe Gardner is Pixar’s first African-American lead, and being a person of color, you can imagine how special it was for me to work on a film like Soul,” Ruffin shared. “This film means a lot to me because I was able to animate characters who look like me and, ultimately, celebrate the community that I come from.”

Coincidentally, as Powers shared, the character of Joe and co-director Powers actually have a lot in common.

Joe’s character and I had a lot in common, at least at how it-he was being imagined, um, and I very quickly realized that in [LAUGH] many ways Joe really was just like me, so then I could use my own experiences to inform writing this character. Just how much was he like me? [LAUGH] Well, how old is Joe? He’s 45 years old. Coincidentally, I’m also in my mid 40’s. Joe lives in New York, which is, um, my hometown, and-although Joe is from Queens, and I’m from Brooklyn, and everyone knows that Brooklyn is better. Um, [LAUGH] Joe is a musician, and coincidentally, I used to be a music critic, I’m a musician myself, and my son is even named after the jazz great, Charles Mingus.

But still — Powers, Ruffin, and the other filmmakers stated — the team did not wholly rely on their own experiences in order to bring Joe Gardner to life.

It was important for the Pixar team to do their research. A team of Black employees at Pixar became the “internal cultural trust” for the film to make sure it was as genuine as possible. But the filmmakers also turned to outside resources — like music teachers and working jazz musicians from New York City and Emeryville, local barber and tailor shops, and National Museum of African-American History and Culture — in addition to consulting with people like Doctor Johnnetta Cole, Bradford Young, Daveed Diggs, Questlove, and more.

Even though many are excited to see a Black person’s story told in a Pixar animated film, there have been some concerns raised by audiences ahead of Soul‘s debut.

During the press event, one attendee shared the concern regarding the representation of Black characters on screen. She shared that it is a common pattern in films for Black characters to not remain themselves on screen. For example, in The Princess and the Frog, Tiana is a frog for a majority of the film, and we only see her as a Black woman in the beginning and end. Given this (as well as other similar instances in animated movies) many have expressed concerns about Soul, since it’s no secret that the main character (a Black man) does not appear as himself in every scene in the movie.

“I think it’s a legitimate concern, but it’s also about context. For me, I’m as sensitive to those things as anyone else, and for me, it’s about the context in which you tell those characters’ stories,” Powers said. “I spent years working on this movie that ultimately I wanted to show to my family so that they would be proud of me…We’re not trying to, we’ve never at any point tried to dismiss people’s concerns.”

The co-director continued, “I feel that Pixar is one of the few places that’s been very genuine in recognizing the shortcomings and making a tremendous, tremendous effort…It’s a sad reality that there haven’t been many Black people in general in positions of power in animation…I love the fact that rather than just talk about it, Pixar was moved to action, and I can speak to that.”

Soul will debut exclusively on Disney+ on December 25, 2020.