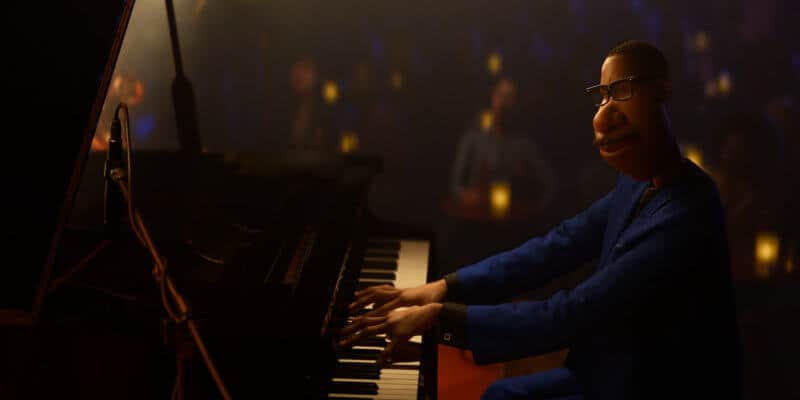 “What is it that makes you…YOU?”

Maybe it’s your sense of adventure, creativity, boldness, athleticism, cooking skills, sense of wonder — the list goes on. Every one of us has something that makes us unique, but we may not know why that is. Why are we the way we are?

This is the question Pixar’s latest film explores.

It’s no secret that Disney and Pixar films often follow the stories of people after they have lost someone they love. But Soul — set to debut on Disney+ on December 25, 2020 — instead dives into what it’s like to be the person who has actually passed away, the person who feels they have so much life left to live, the person who is begging for a second chance.

Here’s the official description of the new Pixar movie Soul:

Now this may sound like a complex subject for kids — or for anyone in any age group, for that matter — but don’t worry. We at Inside the Magic had the opportunity of viewing a portion of the film ahead of time. And after viewing some of the film and listening to the team discuss it, we are confident that the meaning behind Soul will shine through and positively impact viewers of all ages.

The positive influence of Soul was also expressed by the film’s co-director and writer Kemp Powers.

He shared that so often, family films are about characters chasing their dreams, but they often tell the same kind of story  “The people who achieve their dreams aren’t the only ones whose lives have value,” he said. “Everyone’s life has value whether they achieve their dreams or not. It’s a heady concept, but it’s understandable.”

But music also plays a big role in this movie. So much of the meaning behind the film is linked to the music, as jazz music holds so much meaning in the character Joe Gardner’s life. John Batiste — who worked on the jazz compositions and arrangements in the film — shared why he was thankful to be part of Soul — and why we need this movie right now.

“People need light in this time, and I’m all about bringing the light, and that’s one of the great pleasures of working with Pixar…It doesn’t matter where you’re from or what you’ve experienced — the stories, they transcend all that,” Batiste shared. “I just wanted to do my part.”

Batiste is right: audiences need light in this time, in a year full of so much uncertainty and loss. From the film’s representation — this is the very first Black male lead in a Pixar animated film — to its message and so much more, there is so much that viewers can take away from Soul. This is a movie we need in 2020.

Soul will debut exclusively on Disney+ on December 25, 2020.