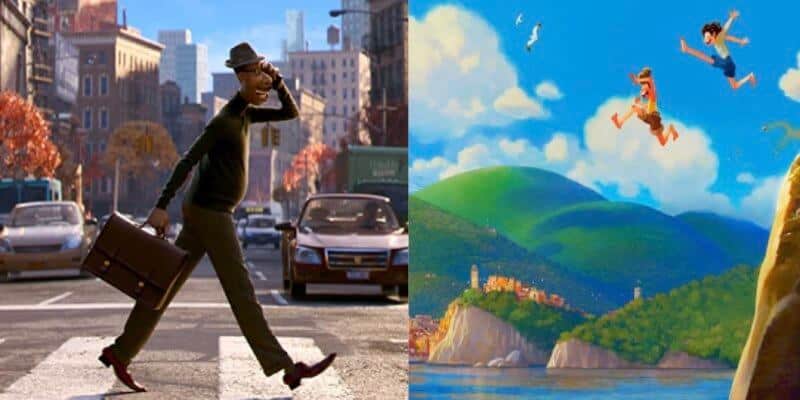 If you are a fan of Disney-Pixar movies, then you’ve definitely seen your fair share of Luxo Balls, A113, and a few Pizza Planet truck appearances in your time. If you’re not familiar and the three things we’ve listed confused you, allow us to explain. You can easily find these ‘Easter eggs’ throughout many Pixar films and shorts.

A Pixar ‘Easter egg’ is a meaningful reference that pays tribute to Pixar Studios and their legacy. ‘Easter eggs’ are often placed in movies to get Pixar superfans excited! The Luxo Ball — which is commonly known as the Pixar Ball — is a staple you can spot throughout a number of Pixar films.

The Pizza Planet truck is another popular staple that initially appeared in the first Toy Story film and then went on to appear in numerous Pixar films afterwards.

A113 is not widely known, but it does bear a lot of significance. It signifies room A113 at the California Institution of Arts, where many Pixar animators began their journey in filmmaking. This appears in every Pixar film, sometimes you have to squint or listen really closely, but trust us, it’s there.

With the upcoming release of Disney-Pixar’s highly anticipated Soul  on Disney+ in December, it’ll be interesting to see what new ‘Easter eggs’ will pop up!

It seems like Soul has already unveiled some ‘Easter eggs’ for fans in their newest trailer! Thanks to the folks over at PixarPost.com, they’ve pointed out a HUGE reference involving Pixar’s upcoming film, Luca! Luca will not be released until June of 2021, but this hidden treasure has given us some insight into what we can expect.

In the most recent trailer, you can see Joe Gardner walking down the streets of New York and he passes a sign that looks like it is possibly from a travel agency. The poster reads “Visit Portorosso”, which at first doesn’t seem like much, but the poster also depicts a similar landscape we’ve seen in Luca concept art. However, thanks to a forum member of PixarPost.com, plantthe24, Pixar filed a public copyright for “LUCA PORTOROSSO, ISOLA DEL MARE, THE PIAZZA”.

We know that this is possibly the same of the location where the film could take place. We can also speculate that Luca Portorosso is the name of the lead character. However, this has not been confirmed by Disney or Pixar. So, for now, we will have to settle for the fact that this could possibly be our first look at Disney-Pixar’s Luca, which is still very exciting!

What did you think of this Easter Egg? Did you spot any others? Let us know in the comments!

Comments Off on Did ‘Soul’ Reveal ‘Luca’ Easter Eggs in New Trailer?