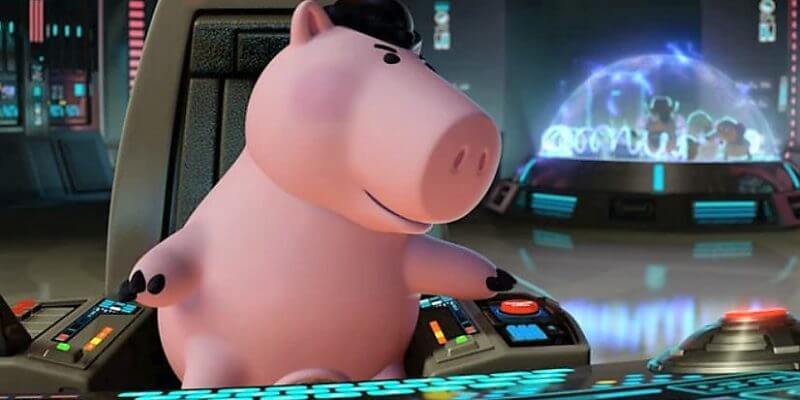 Connecticut native John Ratzenberger is well known for his role as Cliff Calvin, the knonwlegable mailman from “Cheers.”  He’s also enjoyed small roles in big films like “The Empire Strikes Back” and “Superman.”

However, within the realm of the entertaining features of Disney/Pixar movies, Mr. Ratzenberger holds a very distinct honor. He’s the only actor to have appeared in every movie made by the animation giant (21 appearances, so far).

“Toy Story” fans will recognize John’s voice from his role as Hamm, the pink piggy bank from all three of the Toy Story movies, but may not realize roles in other Pixar movies. Thus, we’ve drawn up a list of all the animated appearances John Ratzenberger voiced.

8 – 9. “Monsters, Inc.” (2001, 2013)
Playing a postman (again) in “Monsters University,” and welcoming Mike and Sully with snow cones as the Yeti in “Monsters Inc.,” the “Monsters” movies provided two of the more amusing animation appearances given a voice by Mr. Ratzenberger.

10 – 11.  “The Incredibles” (2004, 2018)
Boasting of terrible deeds, The Underminer appeared to torment the city in “The Incredibles.”  This John Ratzenberger villain will reappear in the eagerly anticipated sequel, “The Incredibles II” in June, 2018.

12. “A Bug’s Life” (1998)
As a circus ringmaster, P.T. Flea found a few fun moments in Pixar’s “A Bug’s Life.”  Poor P.T.’s performance for the bugs didn’t go so well, but if you listen carefully, you will recognize Ratzenberger’s voice announcing the circus acts.

13. “Finding Nemo” (2003)
Moonfish mimicking sea creatures was a fun find of fins in “Finding Nemo.” The voice of this group of silver fish trying to protect Dory was provided by John Ratzenberger.

14. “Ratatouille” (2007)
Wonder which role Mr. Ratzenberger gave life to in “Ratatouille?”  Pay close attention to the tuxedo clad waiter Mustafa, and you might recognize his voice. 15. “WALL-E” (2008)
After WALL-E accidentally knocks him off his floating chase lounge, John and WALL-E have a brief conversation.  If John’s voice sounds familiar, it’s because the character is yet another Pixar performance by John Ratzenberger.

16. “Up” (2009)
Feeling the full force of an air blower to one’s face cannot be fun.  Fortunately, the comedy bit is only animation.  The recipient of that abuse was Tom, the construction foreman.  The voice of Tom, well, let’s just say he might sound like certain mailman from “Cheers.” 18. “Inside Out” (2015)
Perhaps he could be called “Fix-it” Fritz?  The blue-green hued mind walker, who gave an upgrade to the headquarters console, also gave John Ratzenberger his cameo for the film.

19. “The Good Dinosaur” (2015)
Feather-tailed raptor, Earl, along with his two friends, tormented Arlo in “The Good Dinosaur.” The Southern sounding dinosaur found his accent in the voice of John Ratzenberger.

20. “Finding Dory” (2016)
For “Finding Dory,” the sequel to “Finding Nemo,” John Ratzenberger assumed a new aquatic appearance.  Instead of a school of moonfish, John gave Bill the crab his voice. 21 times the voice of actor John Ratzenberger can be heard as a character found in a Disney/Pixar movie.  Mr. Ratzenberger has also revisited roles from these films and voiced the same characters in short films or video games.  He’s said that the role of P.T. Flea was his favorite.

“In real life, I always get a kick out of those kinds of characters, people who just go into a rage for [no] explicable reason. He was always on edge. His blood pressure was always way over the top, and everything that he did was done in a panicked state. So it was a lot of fun to play him.” – “Sci Fi Wire” via Wikipedia

Of all the roles Mr. Ratzenberger has voiced, what is your favorite Pixar character?  Please voice your thoughts in the comments below.