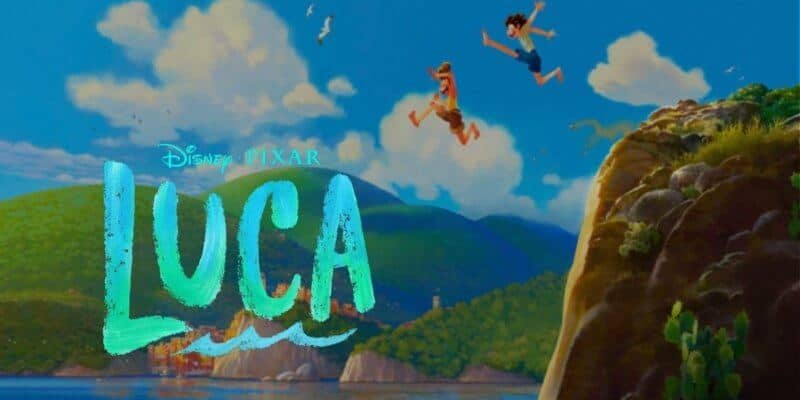 Last year, Walt Disney Studios and Pixar announced their 23rd motion picture together — Luca. At the time, very few details were announced surrounding the upcoming film except that it would be directed by Enrico Casarosa and produced by Andrea Warren.

Additionally, we knew the film would take place on a beautiful seaside town on the Italian Riviera as we followed the story of a boy named Luca, where he experienced an “unforgettable summer with new friends”.

Now, thanks to Empire and their new issue, Greatest Cinema Moments Ever, which is set to release on Thursday, January 21, we have a first look at the upcoming Pixar film.

Empire also sat down with director Enrico Casarose to talk more about the Pixar film. “I was born in Genoa, and my summers were spent on beaches,” he tells Empire. “I met my best friend when I was 11. I was really shy and I found this troublemaker of a kid who had a completely different life. I wanted to make a movie about those kinds of friendships that help you grow up.”

He also explained that the upcoming Pixar film will pay homage to Fellini and other classic Italian filmmakers, “with a dash of Miyazaki in the mix too”.

You can check out Empire’s full Luca story in the Greatest Cinema Moments Ever issue, which will go on sale Thursday, January 21. It is available to pre-order here.

The official synopsis of Luca reads:

Set in a beautiful seaside town on the Italian Riviera, the original animated feature is a coming-of-age story about one young boy experiencing an unforgettable summer filled with gelato, pasta and endless scooter rides. Luca shares these adventures with his newfound best friend, but all the fun is threatened by a deeply-held secret: he is a sea monster from another world just below the water’s surface.

Disney Pixar’s Luca is set to hit theaters in the United States on June 18, 2021.