Disney & Pixar Announce NEW Movie For Summer 2021! - Inside the Magic 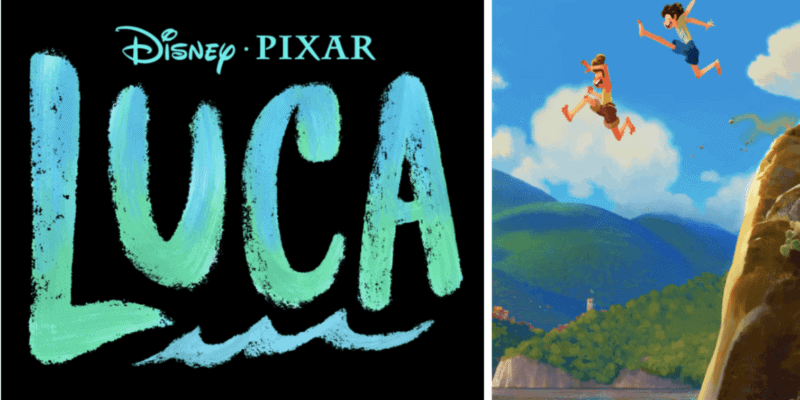 This morning, Walt Disney Studios and Pixar announced their 23rd motion picture together. Luca will release in Summer 2021. The official announcement was made on the Disney Facebook page.

The caption on the new movie announcement reads:

Just Announced: Disney & Pixar’s all-new film “Luca.” Directed by Enrico Casarosa and produced by Andrea Warren, the film will take audiences to a beautiful seaside town on the Italian Riviera to meet a boy named Luca as he experiences an unforgettable summer with new friends. “Luca” opens in theaters Summer 2021.

Pixar, known for their heartwarming computer animated original film productions like Up (2009) and Toy Story (1995), have pushed back this year’s scheduled release of Pixar’s Soul.

This makes the news of another upcoming film doubly exciting for Pixar fans; more to look forward to! We can’t wait to see this new film next year.

The Walt Disney Company press release for Luca provides some details about the upcoming film, including a June 18, 2021 release date:

Casarosa shared details about the inspiration behind the upcoming Disney/Pixar feature film, saying,

“This is a deeply personal story for me, not only because it’s set on the Italian Riviera where I grew up, but because at the core of this film is a celebration of friendship. Childhood friendships often set the course of who we want to become and it is those bonds that are at the heart of our story in ‘Luca.’ So in addition to the beauty and charm of the Italian seaside, our film will feature an unforgettable summer adventure that will fundamentally change Luca.”

We cant’t wait to see the latest addition to the Disney and Pixar film line-up!

According to Wikipedia, “As of 2020, Pixar has released 22 feature films, which were all released by Walt Disney Studios Motion Pictures through the Walt Disney Pictures banner with their first being Toy Story (which was also the first feature-length CGI film ever released), in 1995 and their latest being Onward in 2020.”

What do you think about this new Disney Pixar movie announcement? Are you looking forward to the upcoming Pixar project?