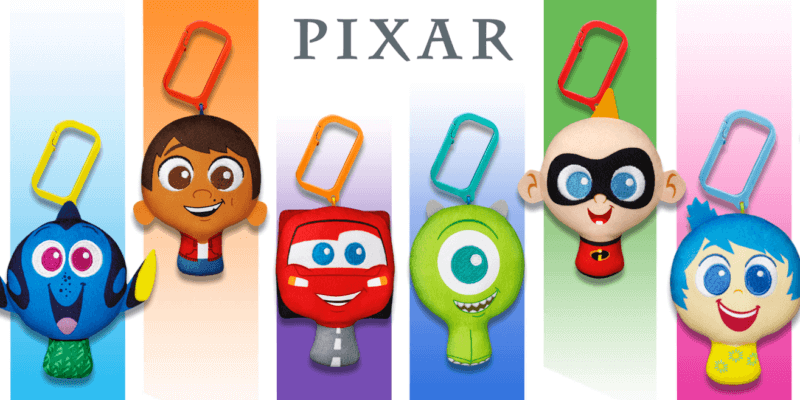 Calling all fast foodies and Disney fans — Your two loves have combined once again. Disney and McDonald’s have collaborated to bring Disney-Pixar toys to Happy Meals!

We’ve shared Disney’s other recent collaborations with McDonald’s since last year. Back in April 2019, Disney and McDonald’s gave away prizes in honor of the release of Marvel’s Avengers: Endgame. And to coincide with the release of Frozen 2, the two companies collaborated again. But the latest Happy Meal toys have to be our favorites.

Whether you want to pick up an adorable toy for your kid — or maybe you’re a kid at heart or a Disney collector — you will love these new Happy Meal toys from McDonald’s. There are so many characters to choose from, and each is themed after one of our favorite Disney and Pixar films.

Here are the characters included in Disney-Pixar’s new line of Happy Meal toys from McDonald’s. Each is Happy Meal toy is themed after a different character from a Pixar movie.

Check out the promotional video below:

You can pick up these Happy Meal toys from the newly renovated McDonald’s located just a few minutes from any of the Walt Disney World Resort theme parks! The McDonald’s at Disney World recently reopened, and the renovations make this fast food location seem completely brand new. If you’re planning a trip to Disney World and know you’ll want to stop by McDonald’s before the theme parks open for breakfast or after the parks close at night, why not pick up a Happy Meal toy while you’re at it?

Also note that even though Disneyland park and Disney California Adventure park aren’t yet open, there is a McDonalds located right down the street from Downtown Disney in California! So you can pick up these McDonald’s Happy Meal toys before heading to Downtown Disney, which reopened on July 9.

You can visit the official McDonald’s Happy Meal website here to learn more about the newest collection of Disney-Pixar toys.

Which of these Disney-Pixar Happy Meal toys is on your wish list? Let us know in the comments!