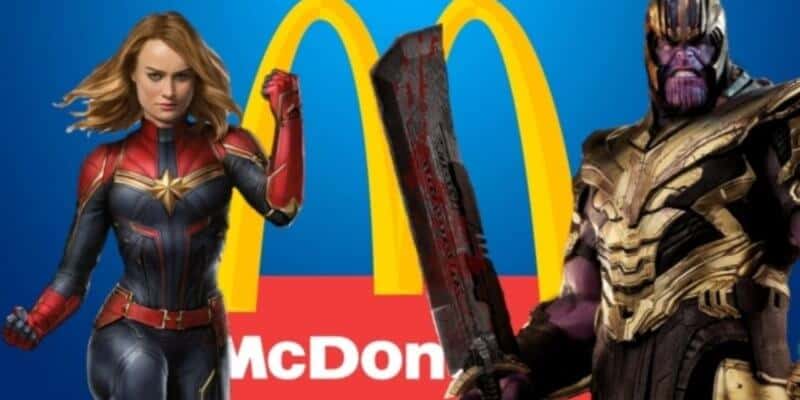 No matter what age you are, there are few things better than a free prize. McDonald’s and Disney have partnered up once again to bring fans some pretty awesome prizes in honor of the upcoming debut of “Avengers: Endgame.”

Twitter user weepingangel013 shared photos of promotional prizes to be given away at McDonald’s locations to celebrate “Avengers: Endgame,” which hits theaters April 26. The photos–which were originally shared by a McDonald’s employee on Reddit but have since been deleted–show what appear to be cardboard masks featuring Captain America, Captain Marvel, and Iron Man with the phrase “Calling All Heroes” along the sides. According to the photos, these three masks are among seven total prizes to be given out to McDonald’s customers, the other hero-themed prizes to be themed after Thor, Black Widow, Hulk, and Hawkeye.

Other photos posted to Twitter show paper liners with information about “Avengers: Endgame”-themed Happy Meal boxes and accompanying toys. From what we can read of the paper in the photo, customers who collect all seven Avengers prizes will be able to use the McDonald’s app to unlock an exclusive behind-the-scenes video from “Avengers: Endgame.” How awesome is that?

Take a look at the photos shared on Twitter below:

Additionally, as shown in the pamphlet in the photos, McDonald’s customers can put together all four different designs of the Happy Meal boxes to create an epic Avengers scene. One of the papers in the photos says that these “Avengers: Endgame” prizes will be given out to “families with children” from April 23 through May 20. However, as past promotions at McDonald’s have proven, adults without children can often purchase Happy Meal boxes and promotional prizes without any issues.

McDonald’s hasn’t yet released official photos to promote these “Avengers: Endgame” masks and prizes, but we hope to see more of them before they make their debut at U.S. locations next week. Until we can get our hands on these stellar super hero prizes, we’ll be plotting which of these masks we’ll wear to the premiere of “Avengers: Endgame” at the end of this month.

Which of these awesome new super hero masks will you pick up from McDonald’s before “Avengers: Endgame” hits theaters? Let us know in the comments!