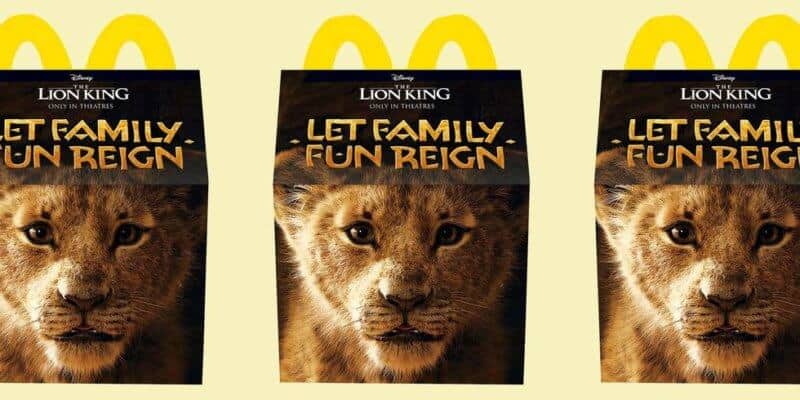 McDonald’s iconic Happy Meal has gotten a makeover from the wild in honor of Disney’s newest live-action remake, “The Lion King.” And its stunning new look starts on the outside (pictured above) with its memorable box, featuring the famous arches, outfitted with a stunning image of Simba. But as great as this box looks on the outside, on the inside is where the real Disney magic happens.

For a limited time, customers to McDonald’s can enjoy one of ten toys themed after famed characters of “The Lion King,” including Mufasa, Rafiki, Simba cub, Sarabi, Nala cub, Zazu, Timon, Pumbaa, and the grown-up versions of Simba and Nala. Above, we can see Timon and Pumbaa and the adorable adult versions of Simba and Nala and we’re ready to grab our keys to visit the drive-through!

For those who think this new meal couldn’t get any better–think again! The meal also comes with “The Lion King”-themed milk jugs, apple slices, and Go-Gurt.

The reimagining of this classic story is a really big deal for Disney and because of this, McDonald’s decided to take their Happy Meals to the next level beyond just this incredible “The Lion King” theming. But, how you might ask? Inside selected Happy Meal boxes is the chance for a family of four to win a trip to Walt Disney World! 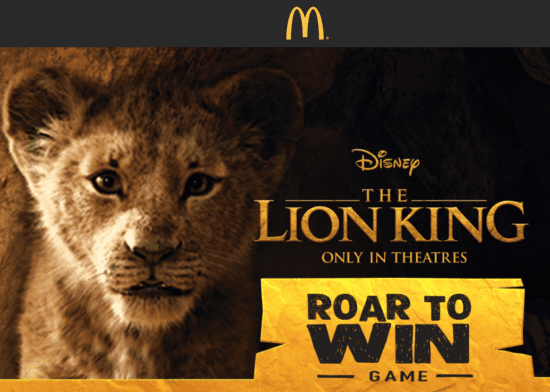 From July 16 to August 19, customers can scan a code found on game pieces inside their Happy Meal to see if they have the winning ticket! The pieces can be scanned through the McDonald’s app or at MagicAtMCD.com.

As per the fine print, 7 families will win this grand prize trip to Disney, while 250 will win a $25 gift card to the Disney store. The trip includes admission to all four Disney theme parks—Epcot, Animal Kingdom, Magic Kingdom, and Hollywood Studios—as well as airfare and lodging for four people.

Will you buy one of these awesome “The Lion King”-themed Happy Meals on your next trip to McDonald’s? Let us know in the comments below!