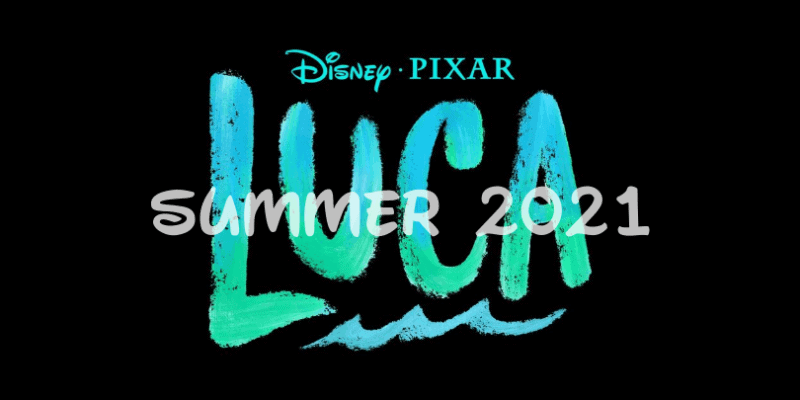 Pixar fans: we finally have a release date for the new film Luca!

There has been a lot of change in the movie release schedule since the global halt of many business operations. Movies like the live-action Mulan and Marvel’s Black Widow were delayed over and over again from release as The Walt Disney Studios navigated the best options for release. Mulan is finally being released in a week on September 4 to Disney+ with a premier access.

As movie theaters are starting to open back up, Disney expects this to be a one time situation so as they look into the future, it’s more about moving release dates around rather than changing the distribution method.

Late last month, Pixar announced that their would be a new animated film released in the summer of 2021 titled Luca. We now know that the film is set to be released on June 18, 2021 which was previously on the schedule as an “untitled animated film”! Mark your calendars because this summertime Pixar film is sure to take you on an epic adventure. Be sure to bring your best friend along as this storyline will capture the friendship of two unlikely buddies.

Pixar always has a way of creating unforgettable stories that take you for a wild ride surrounding relationships from family to friends and couples. Animated films like Up and Onward have a way of bringing out all your emotions. They will make you laugh, cry, angry, sad, and happy all in the span of a couple hours. We look forward to seeing how this new feature film will do all of that next summer!

Below is the official synopsis for Luca:

“Set in a beautiful seaside town on the Italian Riviera, the original animated feature is a coming-of-age story about one young boy experiencing an unforgettable summer filled with gelato, pasta and endless scooter rides. Luca shares these adventures with his newfound best friend, but all the fun is threatened by a deeply-held secret: he is a sea monster from another world just below the water’s surface.”