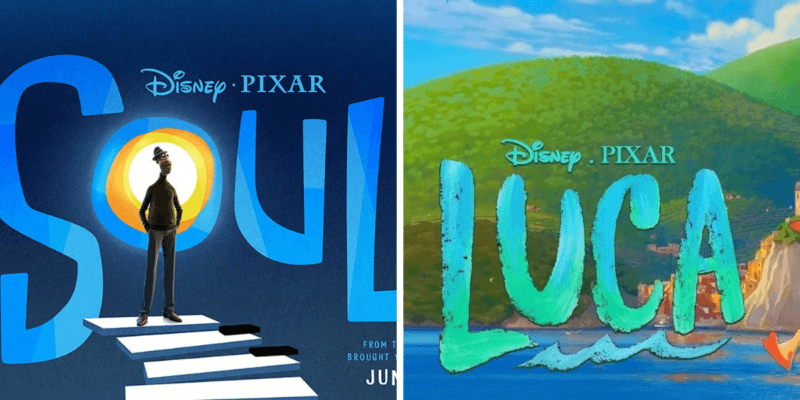 When Disney launched their streaming service, Disney+, on November 12, 2019, we knew that Disney, Marvel, Lucasfilm, and Pixar projects could be changed forever — then, in the wake of the COVID-19 pandemic, traditional movie studios had to move into unknown territory, releasing films straight to streaming for the first time.

Now, in regard to Pixar, in particular, it seems Disney is taking an interesting strategy.

What is Disney’s strategy with Pixar when it comes to streaming and will we ever see a new Pixar movie be released in theaters after the overwhelming success of Disney+?

We are so excited that Disney announced Pixar’s upcoming film, Luca will be released on Disney+ exclusively on June 18, 2021.

This is the second Pixar movie that is going exclusively to Disney+, as Soul landed on Christmas Day 2020. The Luca announcement has sparked the question of why Pixar movies are being released as exclusive films on Disney+, as opposed to hitting the Premier Access tier with simultaneous theatrical releases, like Raya and the Last Dragon did just this month.

As Disney continues to announce more films from Walt Disney Animation Studios, Disney’s live-action division, and Marvel Studios debuting both in theaters and on Premier Access, when could fans Pixar films in theaters again?

Disney+ Premier Access is a premium pricing tier — usually an additional charge of $29.99 — that Disney+ subscribers can pay in order to watch new movies. We have seen that Premier Access titles typically are films that go to theaters in conjunction with Premier Access. Not all new movies, however, are being released under the Premier Access label, as we previously saw with Soul.

What Movies have been, or are being released on Premier Access?

The first film released on Disney+ under the Premier Access label was the live-action remake of Mulan in 2020. Disney then released Raya and the Last Dragon, Walt Disney Animation Studios’ latest film under Premier Access, which they have since cited as a great success, perhaps leading to a push for more films to have both Premier Access and theatrical releases.

Black Widow, from Marvel Studios, will again be a Premier Access title with a theatrical release.

It is clear that Disney sees value in offering certain high-quality new films as an exclusive to Disney+ subscribers at no extra charge. And, while that is great for subscribers, Pixar fans may eventually want to see Pixar films return to theaters.

We will have to wait and see if Disney will change their strategy when it comes to Pixar films on Disney+ once more theaters open up.

Disney CEO Bob Chapek has said that Disney is always listening to what fans want in regards to how to new films, and while the company understands that the pandemic has changed viewers’ wants and need in the short-term, the long-term changes to film releases are also being evaluated. You can read more about Bob Chapek’s thoughts on film releases here.

As we know, Pixar films are very financially successful. Toy Story 4, was the most financially successful animated film globally on its opening weekend, making $238 million. While that title was then given to Frozen 2, it still shows just how impactful Pixar’s films can be when they have a theatrical release.

The previous success of films such as Toy Story and The Incredibles financially from theatrical release could help push Disney to bring more Pixar movies to theaters in the future. We will have to wait and see.

So what do you think? Will we see Pixar release new films to theaters? Or will new releases continue to be Disney+ exclusives as the ultimate perk for being a Disney+ subscriber?

Let us know your thoughts on Pixar and Disney+ in the comments!

Comments Off on Why Are New Pixar Films Always Free on Disney+?