Ben Schwartz on 'Flora & Ulysses' and His Favorite Disney Things! - Inside the Magic 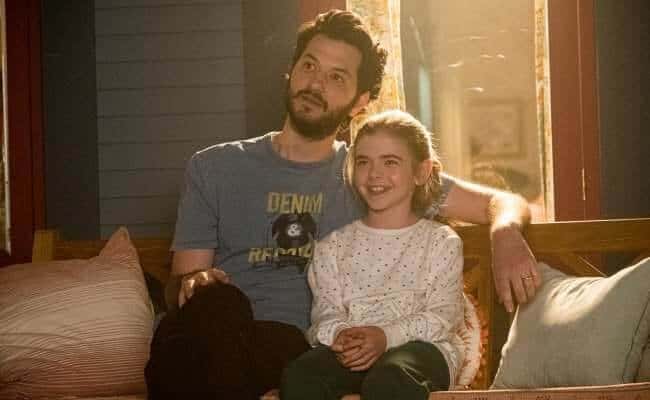 Flora & Ulysses is a new movie coming to Disney+ on February 19.  We were lucky enough to get a chance to visit the set during filming and talk to the stars of the film. Ben Schwartz, who is one of the leads of the film, let us in on what it was like during filming, his past work on DuckTales, and, as a bonus, his favorite Disney Park and Disney character!

Related: Disney Cancels ‘DuckTales’ – Will EPCOT Project Be Cut, Too? 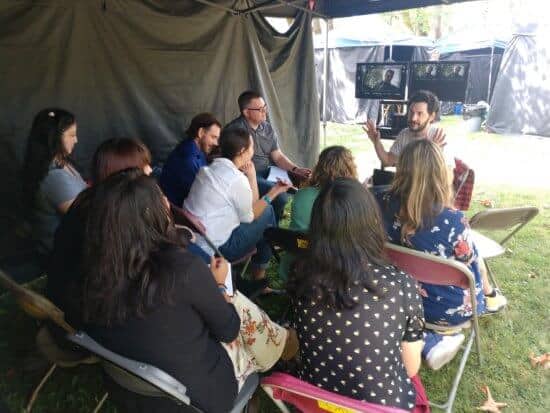 Flora & Ulysses is based on an award-winning comic and will be a comedy perfect for families:

Disney’s “Flora & Ulysses” is a comedy-adventure based on the Newberry Award-winning book about 10-year-old Flora, an avid comic book fan and a self-avowed cynic, whose parents have recently separated. After rescuing a squirrel she names Ulysses, Flora is amazed to discover he possesses unique superhero powers which take them on an adventure of humorous complications that ultimately change Flora’s life–and her outlook–forever

Ben Schwartz plays George Buckman, the father of Flora in the film. We caught up with Ben who let us in on what it was like filming Flora & Ulysses. Ben Schwartz is of course a hilarious actor and comedian famous for his roles in film and television such as Parks and Recreation, House of Lies, Sonic the Hedgehog, and more.

When asked about the filming and how he felt about filming and Flora & Ulysses heading to Disney+ for its debut, Ben shared that he was emotional working on a Disney film:

“…we shot for 43 days or something like that, which is which is incredible…
I’m a very big Disney nerd. So the idea that at the beginning of this film I get to see the castle and all that stuff is like one of those very emotional moments for me, just because my whole life I’ve watched all those.”

He confirmed that his character will not be a direct reflection of the source material, but rather a new, fresh take! Ben shared that scriptwriter Brad Copeland came to him and said:

“You don’t have to read your part in the book because it’s going to be very different.”

Ben was able to confirm that there will be some DuckTales Easter eggs in the film, so be on the lookout!

When asked about filming with his co-star Matilda Lawler, who is playing the role of Flora Buckman in the film, he said she was incredible on the set, especially at such a young age:

“She never forgot any of her lines. She never flubbed a line. It’s ludicrous. I’ve been so lucky to work with, like Billy Crystal and Jeremy Irons and all these people and of course, all of us mess up. I don’t think she’s messed up a word. It’s insane.”

Ben has even taken to his Twitter to share photos of the two after filming wrapped. Here’s what he posted:

After 2 months & 44 shooting days we’ve wrapped the @Disney movie Flora & Ulysses. We weren’t allowed to take photos on set or in costumes, so here’s a shot after we wrapped of the film’s star, Matilda Lawler & her movie dad celebrating our beautiful funny & heart warming film.

After 2 months & 44 shooting days we’ve wrapped the @Disney movie Flora & Ulysses. We weren’t allowed to take photos on set or in costumes, so here’s a shot after we wrapped of the film’s star, Matilda Lawler & her movie dad celebrating our beautiful funny & heart warming film. pic.twitter.com/lIoQ2CINXK

Schwartz said he was excited for the movie to head to Disney+, and added that DuckTales Season 1 would also be available on the platform:

“I think it’s so exciting. So for me, the idea of Disney plus is a dream. Like we get all the Disney content.”

Ben said that personally, for Disney+ he likes to watch Pixar films such as Up as it “is almost a perfect film,” along with all the Toy Story movies. We must say, Ben, we have to agree!

Schwartz was asked who his favorite Disney character was, to which he said the Genie from Aladdin.

“I think Robin Williams, because he can make you laugh and then he makes you cry and all that stuff.”

Ben Schwartz said he loves the Disney Parks, and Disneyland is his favorite. When he went to Star Wars: Galaxy’s Edge, he even rode the attractions with legendary Imagineer Tony Baxter.

“Not only did I go, but whoever is nerdy here, I got to ride the rides with Tony Baxter.”

How incredible is that? Ben Schwartz also gave us the rundown of his favorite attractions, and the best order to do them in:

“Indiana Jones, Pirates of the Caribbean Haunted Mansion. And I’m going to tell you something. Soarin’ does not get enough respect. Yeah, it is, I think, the perfect ride to enter the park with. Once you enter the park, if you go from the California Adventure side, you get on that and you get to just have the time of your life.”

How awesome is Ben for giving such great answers — who knew he was such a big Disney fan?

We are really looking forward to Flora & Ulysses debuting on Disney+ February 19! Can’t wait and want a sneak peek? Thankfully, Ben shared a great preview on his Twitter earlier this week:

Only 8 days till #floraandulysses comes out on @disneyplus! Here’s a sneak peak of three humans watching a superhero squirrel unlock a car. @DISNEY BABY!!!

Only 8 days till #floraandulysses comes out on @disneyplus! Here's a sneak peak of three humans watching a superhero squirrel unlock a car. @DISNEY BABY!!! pic.twitter.com/g0pqqmTw00

Let us know if you are excited for Flora & Ulysses in the comments below! 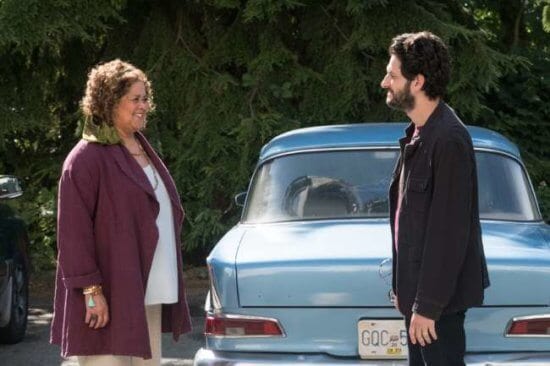 Comments Off on Ben Schwartz on ‘Flora & Ulysses’ and His Favorite Disney Things!