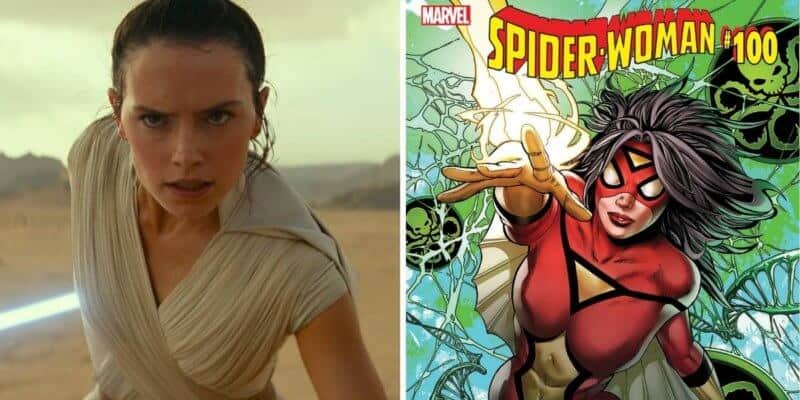 Daisy Ridley rose to fame with Disney and Lucasfilm as Rey in the Star Wars sequel trilogy, but no, it looks like Ridley is ready to walk away from Disney and wants to join Sony’s Spider-Man extended universe instead.

The Star Wars actress noted that the franchise brought her many positive and negative outcomes. From having to deactivate all social media due to negative press and comments directed at Ridley, to honing in and creating an epic character that she was proud of — it seems that Ridley has grown due to the franchise. However, that doesn’t mean she isn’t ready to move on now.

At the moment, Ridley is slated to star in Women in the Castle, Chaos Walking, Kolma, and A Woman of No Importance. If you’re a Star Wars fan who may be craving more Rey in the franchise will be happy to know that Ridley is indeed voicing Rey in the Lego Star Wars: The Skywalker Saga video game. However, it looks like Ridley wants her next big project to be a superhero film.

It was reported that “Daisy Ridley ‘would love’ to play Spider-Woman in the extended Spider-Man Universe, revealing that she would ‘for sure’ swing into another blockbuster franchise after Star Wars”.

It is rumored that Sony Pictures has been eyeing director Michelle MacLaren (Breaking Bad ), as well as Olivia Wilde (Book Smart), for a Spider-Woman movie. Ridley has also quickly emerged as a popular fan-favorite casting option to play Spider-Woman Jessica Drew. Although there has not yet been confirmation, “Spider-Woman is expected to be part of the MCU-adjacent Sony Pictures Universe of Marvel Characters.”

Daisy may have gotten the itch — or should we say, bite — to play Spider-Woman considering she has been doing press for Chaos Walking. Ridley’s co-star in the film is Spider-Man, Avengers, and MCU star Tom Holland.

Olivia Wilde already confirmed that she is working with Kevin Feige for an Marvel-related film at Sony, which could be Spider-Woman. However, details have yet to be released.

Do you think that Daisy Ridley should play Spider-Woman?