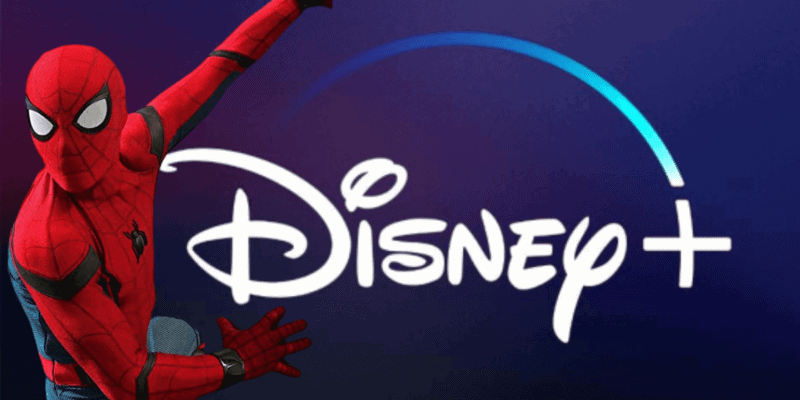 The internet is still abuzz with the news of that latest Sony and Disney deal that will bring Spider-Man and friends to Disney+. While the new agreement has films released in 2022 and later going to Netflix before heading to Disney’s streaming service, the excitement for Peter Parker’s triumphant debut is continuing to grow.

So here is a guide to all the Sony Spider-Man films that will show up on Disney+ at some point in the future.

These are the films that exist in the same Marvel universe as the rest of the Avengers films. The rights belong to Sony Pictures but Tom Holland’s Peter Parker has shared custody with the Kevin Feige-led studio. However, until this deal they were noticeably absent from Disney+.

A young Peter Parker/Spider-Man (Tom Holland), who made his sensational debut in Captain America: Civil War, begins to navigate his newfound identity as the web-slinging super hero. Thrilled by his experience with the Avengers, Peter returns home, where he lives with his Aunt May (Marisa Tomei), under the watchful eye of his new mentor Tony Stark (Robert Downey Jr.). Peter tries to fall back into his normal daily routine – distracted by thoughts of proving himself to be more than just your friendly neighborhood Spider-Man – but when the Vulture (Michael Keaton) emerges as a new villain, everything that Peter holds most important will be threatened.

Related:  New Marvel Leak Has a Bizarre Take on Spider-Man

Following the events of Avengers: Endgame, Peter Parker (Tom Holland) returns in Spider-Man: Far From Home. Our friendly neighborhood Super Hero decides to join his best friends Ned, MJ, and the rest of the gang on a European vacation. However, Peter’s plan to leave super heroics behind for a few weeks is quickly scrapped when he begrudgingly agrees to help Nick Fury (Samuel L. Jackson) uncover the mystery of several elemental creature attacks. Spider-Man and Mysterio (Jake Gyllenhaal) join forces to fight the havoc unleashed across the continent but all is not as it seems.

Rumors surrounding the plot of the third MCU Spider-Man film are limitless. We know that Benedict Cumberbatch will show up as the Doctor Strange and the film will have the web-crawler facing off a threat to the Multiverse.

The longest-standing rumor is that No Way Home will bring back many of the characters from previous Spider-Man franchises including Tobey Maguire and Andrew Garfield. And just recently Alfred Molina spilled the beans on his return to Doctor Octopus.

This is the series that brought the superhero film genre to the forefront of popular culture. It turned the page from previous poor attempts to adapt comic book characters to the big screen by taking itself serious as a film.

Average teenager Peter Parker is transformed into an extraordinary super hero after he is accidentally bitten by a radioactive spider. When his beloved uncle is savagely murdered during a robbery, young Peter vows to use his powers to avenge his death. Deeming himself “Spider-Man,” he sets about ridding the streets of crime, bringing him into conflict with malevolent super-villain “Green Goblin.”

In SPIDER-MAN 2, the latest installment in the blockbuster Spider-Man series, based on the classic Marvel Comics hero, Tobey Maguire returns as the mild-mannered Peter Parker, who is juggling the delicate balance of his dual life as college student and a superhuman crime fighter. Peter’s life becomes even more complicated when he confronts a new nemesis, the brilliant Otto Octavius (Alfred Molina) who has been reincarnated as the maniacal and multi-tentacled “Doc Ock.” When Doc Ock kidnaps MJ (Kirsten Dunst), Spider-Man must swing back into action as the adventure reaches new heights of unprecedented excitement.

Peter Parker (Tobey Maguire) finally has the girl of his dreams, Mary Jane Watson (Kirsten Dunst), and New York City is in the throes of Spider-mania! But when a strange alien symbiote turns Spider-Man’s suit black, his darkest demons come to light changing Spider-Man inside as well as out. Spider-Man is in for the fight of his life against a lethal mix of villains – the deadly Sandman (Thomas Haden Church), Venom (Topher Grace), and the New Goblin (James Franco) – as well as the enemy within himself.

A teenage Peter Parker grapples with both high school and amazing super-human crises as his alter-ego Spider-Man.

This rebooted franchise was not as well-received as the Tobey Maguire series and was ultimately left unfinished. But fans are still anxious for Andrew Garfield to reprise his version of Peter Parker in the upcoming No Way Home.

It’s great to be Spider-Man (Andrew Garfield). For Peter Parker, there’s no feeling quite like swinging between skyscrapers, embracing being the hero, and spending time with Gwen (Emma Stone). But being Spider-Man comes at a price: only Spider-Man can protect his fellow New Yorkers from the formidable villains that threaten the city. With the emergence of Electro (Jamie Foxx), Peter must confront a foe far more powerful than himself. And as his old friend, Harry Osborn (Dane DeHaan), returns, Peter comes to realize that all of his enemies have one thing in common: Oscorp.

The animated Spider-Verse film took on one of Marvel Comics’ most popular Spider-Man story arcs and brought variations of Peter Parker, including Spider-Ham (voiced by John Mulaney) and Spider-Man Noir (Nicholas Cage), onto the big screen.

Phil Lord and Christopher Miller, the creative minds behind The Lego Movie and 21 Jump Street, bring their unique talents to a fresh vision of a different Spider-Man Universe, with a groundbreaking visual style that’s the first of its kind. Spider-Man: Into the Spider-Verse introduces Brooklyn teen Miles Morales, and the limitless possibilities of the Spider-Verse, where more than one can wear the mask.

Spider-Man: Into the Spider-Verse 2 (October 7, 2022) – Directed by Joaquim Dos Santos and Kemp Powers

Not much is known yet about the follow-up to the acclaimed Into the Spider-Verse. But it is expected that Shameik Moore will return as Miles Morales and Hailee Steinfeld as Gwen Stacey. As well as WandaVision star Kathryn Hahn as Doc Ock.

In addition to the main Spider-Man films that have been produced by Sony Pictures, there have been a few others that pull from Spider-Man comics and will be included in the new Disney+ deal. There are even more in various states of production including Spider-Woman, Sinister Six, and a Madame Webb film.

The evolution story of Marvel’s most enigmatic, complex and badass character – Venom! Eddie Brock (Tom Hardy) is a broken man after he loses everything including his job and fiancée. Just when his life is at its lowest, he becomes host to an alien symbiote which results in extraordinary superpowers – transforming him into Venom. Will these powers be enough for this new lethal protector to defeat great evil forces, especially against the far stronger and more weaponized symbiote rival, Riot?

Production on the sequel to Venom was delayed the COVID-19 pandemic, but Tom Hardy is set to return as Eddie Broke and face off against another Spider-Man symbiote villain – Carnage/ Cletus Kasady (Woody Harrelson).  Carnage was teased in the post-credit scene of Venom.

Morbius has been delayed multiple times but Jared Leto will star as the Living Vampire – Michael Morbius. Morbius was a doctor suffering from a rare blood disease and an attempt to cure it left him with the abilities of a vampire but none of the weaknesses. Matt Smith will join Leto as Loxias Crown AKA Hunger.

Other Marvel Films Coming to Disney+

Beyond the treasure trove of Spider-Man films and properties that are included in the new deal, hidden gems like the Ghost Rider franchise will also be coming to Disney+.

Johnny Blaze (Nicolas Cage) was only a teenaged stunt biker when he sold his soul to the devil (Peter Fonda). Years later, Johnny is a world renowned daredevil by day, but at night, he becomes the Ghost Rider of Marvel Comics legend. The devil’s bounty hunter, he is charged with finding evil souls on earth and bringing them to hell. But when a twist of fate brings Johnny’s long-lost love (Eva Mendes) back into his life, Johnny realizes he just might have a second chance at happiness – if he can beat the devil and win back his soul. To do so he’ll have to defeat Blackheart (Wes Bentley), the devil’s nemesis and wayward son, whose plot to take over his father’s realm will bring hell on earth–unless Ghost Rider can stop him.

Nicolas Cage returns as Johnny Blaze in GHOST RIDER™ SPIRIT OF VENGEANCE. Still struggling with his curse as the devil’s bounty hunter, Johnny is hiding out in a remote part of Europe when he is recruited by a secret sect of the church to save a young boy from the devil. At first, Johnny is reluctant to embrace the power of the Ghost Rider, but it is the only way to protect the boy and possibly rid himself of his curse forever.

What’s NOT Coming to Disney+

With all these new films that will be dropping sometime in the future, it is starting to feel like Disney+ is the place to be for Marvel fans. Soon it will have a nearly complete library of Marvel movies, but there will still be a few that have not found a way home yet. Namely, the Hulk films, which are currently only available to stream on STARZ.

Bruce Banner, a scientist on the run from the U.S. Government, must find a cure for the monster he turns into, whenever he loses his temper.

While The Incredible Hulk takes place in the Marvel Cinematic Universe since Universal Studios has the distribution rights after this new deal is completed the version starring Edward Norton will be left in the streaming desert by itself. There are currently no plans to bring this film to Disney+ plus characters from it will be returning in the upcoming She-Hulk series.

Based on the Marvel comic! Lonely scientist Bruce Banner is zapped with an experimental ray that turns him into a raging green giant when he gets angry! With Nick Nolte and Sam Elliot.

This film does not take place in the MCU and has mostly been forgotten since Mark Ruffalo took over the role of Bruce Banner.

All in all, Disney+ already was the best place for a Marvel fan to be, and soon it will be getting even better. There are so many other new Marvel properties coming on top of this deal. Stayed tuned as this story develops and new details including premiere dates are revealed!

Let us know in the comments what film you will watch first.