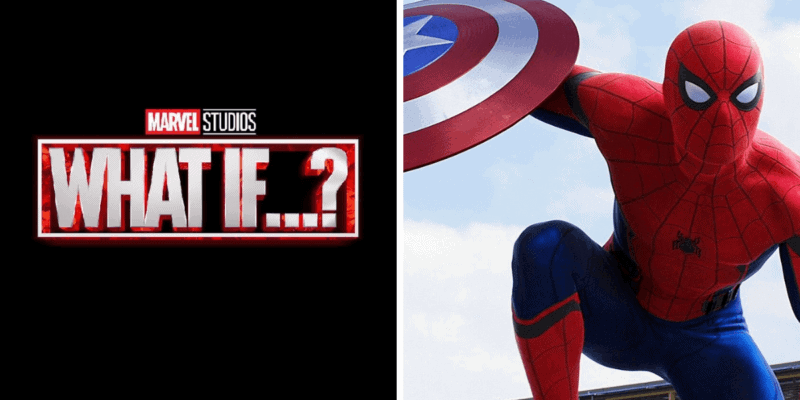 However, if a new report is to be believed, Marvel’s What If? will give us a completely new Spider-Man — one that is both familiar and alien.

Spoiler Warning: There are potential spoilers ahead, so don’t read on if you want to go into What If? without any prior knowledge of what might happen!

What if Spider-Man was Steve Rogers?

Yes, a leak of potential LEGO figures of all things has suggested that Captain America may actually be Spider-Man in an alternate universe. LEGO site The Brick Fan reported this week that a new selection of mini-figures will be released. Additionally, these toys will tie into recent Disney+ Marvel series. There are figures for WandaVision, Loki, The Falcon and the Winter Soldier, and What If?

While the figures that correspond to the other shows are all pretty standard, the Whaf If? figures may reveal some vital plot details. Unsurprisingly, it’s the figure titled “Spider-Man (Steve Rogers)” that caught our eye. Anything can happen in What If? so this could very well be legit. We already know that one of the episodes will see T’Challa become Star-Lord instead of Peter Quill, for example.

Take a look at the full list of allegedly leaked figures for yourself:

Related: Did Gamora’s Return in ‘Endgame’ Break the GOTG Timeline?

Anything can happen in What If?

The first trailer for What If? gave us a hint of things to come. For example, both Peggy Carter as Captain Britain and zombie Captain America have been seen in the trailer. However, Steve Rogers as Spider-Man and Gamora as Thanos have yet to be revealed. The latter is slightly confusing, as it’s difficult to see how Gamora would take up the “mantle” of Thanos since he doesn’t use a secret identity.

However, Steve Rogers as Spider-Man makes more sense. Both he and Peter Parker are from New York, and a slight change in circumstance and alterations in time and space could make this one very believable.

So, what if Spider-Man was actually Steve Rogers, not Peter Parker? It looks like we’ll have to wait until summer this year to find out. What If? is a Disney+ exclusive.

Spider-Man in What If?

We don’t know too much about how Spider-Man will feature in the new What If? show. However, we recently reported that Peter Parker might take on the role of Hawkeye in the new series, due to a small scene in the trailer. Spidey has featured in several iconic What If? comic issues, such as What If Spider-Man had joined the Fantastic Four? and What if Spider-Man’s Clone had Lived?

For now, however, it seems Disney and Marvel are keeping their Spidey cards close to their chest. Instead, Spidey will feature in his third solo MCU film later this year, when Tom Holland returns for Spider-Man: No Way Home. This film is set to feature the likes of Alfred Molina as Doctor Octopus and Jamie Foxx as Electro. However, it is also rumored to feature Willem Defoe as Norman Osbourne, and both Andrew Garfield and Tobey Maguire as Peter Parker.

The Marvel universe is expanding by the day, and seeing Tobey Maguire and Andrew Garfield’s Spider-Man return is incredibly exciting for fans. However, the potential of seeing Chris Evans as a Spidey-fied Steve Rogers is also pretty darn epic!

What If? is due to release in summer 2021 on Disney+. It stars Chris Hemsworth, Tom Hiddleston, Josh Brolin and many others. Iron Man, Doctor Strange, and Captain Marvel are also set to appear.

Would you like to see a “What If Spider-Man was Steve Rogers” episode in What If? Let us know in the comments.