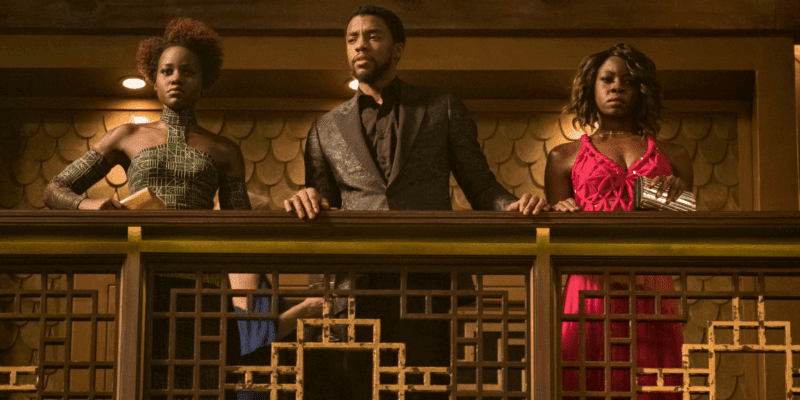 When Black Panther originally premiered in 2018, it immediately became historic — not only for being the first Marvel movie to showcase a Black superhero lead with a predominantly Black cast but also for telling a story that seemed more nuanced than the usual “fun” superhero fare. The characters have remained popular as the franchise has evolved, with characters like Ayo of the Dora Milaje showing up in The Falcon and the Winter Soldier.

Black Panther: Wakanda Forever, once again helmed by director Ryan Coogler, is currently in production. But the world may see the Black Panther universe expand beyond that, as Marvel is rumored to have two Black Panther series in the works.

Previously, it was announced that Ryan Coogler was developing a series focused on the world of Wakanda. But news recently broke that Danai Gurira will reprise her role as Okoye in a Disney+ series. The reported news implies that the two series are different, as they infer that Gurira can also play a role in Coogler’s Wakanda series and also that the Okoye show will be an origin story for the Dora Milaje.

Disney+ has given Marvel the unique opportunity to develop shows that focus on known characters who haven’t had a chance to shine on the big screen and introduce new characters that may not be well-known but can integrate into the universe with these stories. So the fact that they could have two different Black Panther properties in the works isn’t out of the question, especially considering how popular the character is and how important the franchise will be going forward.

Black Panther was a revolutionary and commercial success because it introduced an entirely new country and also touched on real-world issues through the lens of superheroes like Chadwick Boseman’s T’Challa and Michael B. Jordan‘s Killmonger. The Wakanda series could very well do what Black Panther did and introduce an entirely fresh take on Wakanda that could open up even more storytelling doors.

Right now, neither Black Panther Disney+ show has an official timeline and official details haven’t been released. We don’t expect to see them before Black Panther: Wakanda Forever premieres in July 2022, but never say never. After all, Marvel always has tricks up their sleeve. But it’s clear that Black Panther is a huge touchstone of the Marvel universe and Chadwick Boseman’s legacy will live on through the stories and lives of other characters.

Are you excited for a possible Black Panther Disney+ series? Let us know!