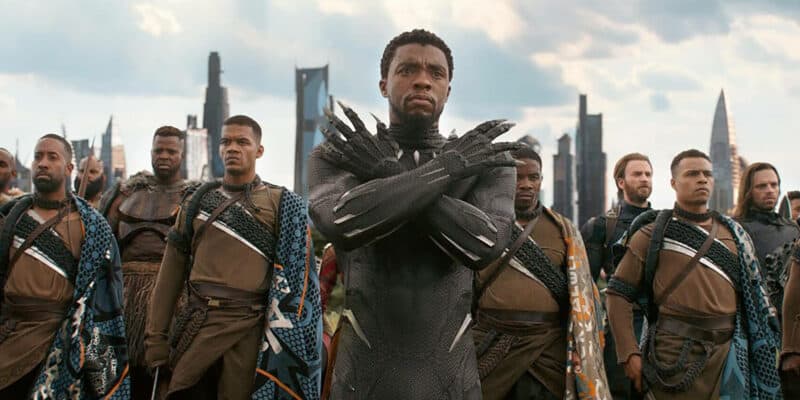 Marvel has released the titles for two highly anticipated sequel films. Find out what movies, and what these titles reveal about what could be coming for some of our favorite heroes!

In a new video released by Marvel Studios, we now have the official movie titles for the next installment in the new Black Panther and Captain Marvel films, as well as a ton of release dates and one BIG Easter egg! (Hint the Easter Egg is about Marvel’s first family!)

The Black Panther film sequel will be called, Black Panther Wakanda Forever — And if reading that didn’t give you chills, I do not know what will! The film will debut on July 8, 2022. Looks like fans will not have to wait long for this highly anticipated movie.

The inclusion of Wakanda Forever in the titles feels like it carries a double meaning now. Not only is the saying a big part of the storyline of Wakanda in the first Black Panther film, but after the passing of Chadwick Boseman, it feels as if Marvel is saying his legacy as the Black Panther will last forever.

The next Captain Marvel movie will be The Marvels. The Marvels will join the MCU on November 11, 2022.

From July 9, which is the release date for Black Widow, through 2022 Marvel has plenty of movies and series for fans to sink their teeth into.

This big news came alongside a ton of updated release dates, and truly gave fans a good look into how Marvel is moving forward with Phase 4 of the MCU. You can watch the video below:

This is all huge news that was wrapped in a perfectly heroic bow and given as a gift to Marvel fans.

After the studio suffered major delays in the release schedule of the much-anticipated Phase 4, as well as plenty of production delays due to the pandemic, it is great to see that things are moving forward. In the heartfelt video, Marvel plays Stan Lee’s quote, “The world may change and evolve, but the one thing that will never change: we’re all part of one big family.”

As you probably already know, Black Widow will finally be making its way to Disney+ and theaters on July 9. This is over a year set back from its original release date, but fans are excited to have the flexibility to choose how to watch Black Widows’ first and only solo movie. Black Widow will be a Disney+ Premier Access title which means that it will be an upcharge to watch, making it the first Premier Access title for Marvel on Disney+.

In addition to the MCU, fans also can look forward to more Marvel series heading to Disney+. We have already been treated to WandaVision and The Falcon and the Winter Soldier, and Loki will debut on June 11, 2021.

There is so much Marvel content coming from June through the end of 2023, we cannot wait to watch it all!

Let us know your thoughts on these new movie titles in the comments below!