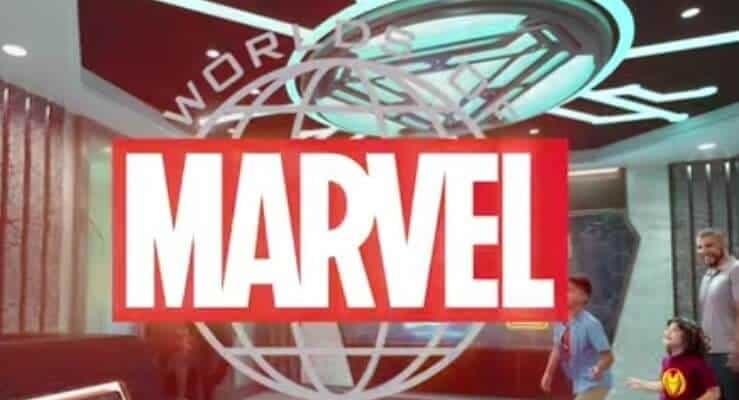 Avengers, assemble! This Marvel adventure is not just for children. Disney has just released details about an amazing family dining experience that will feature the Marvel Cinematic Universe on a new Disney Cruise Line.

This new restaurant will feature Marvel dishes, including Wakandan-inspired cuisine from Black Panther — and will be ready for Guests to experience on the Disney Wish cruise ship next year.

In a press release, Disney Wish shared details about this incredible MCU-themed dining adventure that has never been seen before on Disney Magic, Disney Wonder, Disney Dream, and Disney Fantasy cruise:

Worlds of Marvel is the first-ever Marvel cinematic dining adventure, where guests will play aninteractive role in an action-packed Avengers mission that unfolds around them, complete with a
worldly menu inspired by the Marvel Cinematic Universe.

“You’ll be transported to an Avengers technology showcase, while you’ll play an interactive role in an action packed mission that unfolds around you! This will be the first-ever Marvel Cinematic dining adventure and trust me it’s one epic dinner that you’ll never forget!”

This upscale-restaurant-meets-technology-showcase will up the ante on the traditional “dinner and a show” concept. Outfitted with state-of-the-art Pym Tech and decked out in signature Stark-itecture style, the venue offers surprises in all shapes and sizes, from the tiniest design “Easter eggs” to the larger-than-life story that takes place.

True to its name, Worlds of Marvel will take families on a flavorful tour of the real and fictional settings of the Marvel Cinematic Universe, with dishes inspired by legendary locales like African Wakanda, Eastern European Sokovia and the Avengers’ home base of New York City.

Worlds of Marvel will feature an original storyline starring fan-favorite Avengers and an infamous foe.

More information will be announced at a later date.

Come aboard the Disney Cruise Line ship with Captain Minnie Mouse as you embark on a new ship adventure! Disney Cruise Line will also debut other new dining establishments on its first Triton Class ship, including a Frozen-themed family restaurant and a Star Wars bar just for adults! Per the press release for Disney Wish:

With the debut of three brand-new family restaurants, the Disney Wish will take guests on an unparalleled culinary journey to an enchanted “Frozen” kingdom, an Avengers technology showcase and the golden age of Hollywood, beginning in summer 2022.

“Sharing a delicious meal together is an important part of family life, and we love finding surprising new ways to show our guests a magical time as they dine on each of our ships,” said Ozer Balli, vice president, hotel operations, Disney Cruise Line. “For the Disney Wish, our three new family restaurants will be a feast for the heart as well as the palate, and all meals will be served, of course, with the incredible care and attention-to-detail that families expect from our world-class Disney Cruise Line service team.”

From theatrical entertainment to cinematic adventure to sophisticated elegance, dinner aboard the Disney Wish will be so much more than a meal – it will be a chance to interact with favorite Disney stories in exciting new ways that only Disney Cruise Line can cook up.

This new Marvel dining experience on the Disney Wish is sure to bring the MCU fans together, no matter which Avenger is their favorite. Be sure to check out more information on the new Disney Cruise Line, Disney Wish on Inside the Magic, including details about the ship’s maiden voyage date for Port Canaveral and when you can book your stateroom.

Be sure to check out the official Disney Parks video that premiered today called Once Upon A Disney Wish, An Enchanting Reveal Of Disney’s Newest Ship, The Disney Wish!

Are you excited to see more of Worlds Of Marvel on the Disney Wish? Let us know in the comments below!

Need help planning your next Disney vacation? Check the link for more information on Academy Travel!