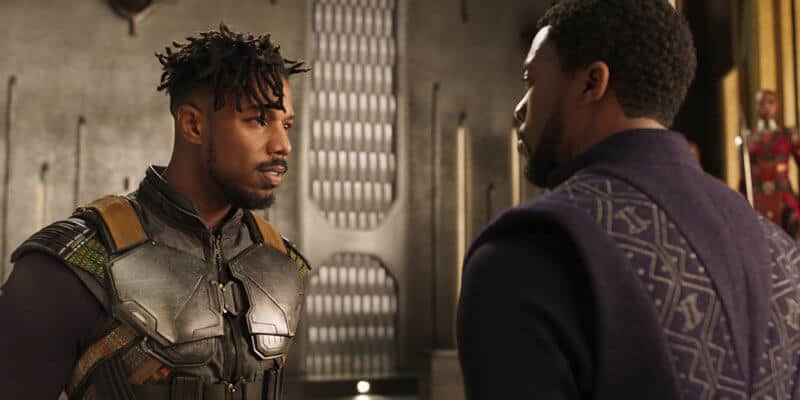 Although we might assume that the people involved in bringing us the products and properties we love are just as invested in them as we are, that’s not always the case. For example, Michael B. Jordan, who played Erik Killmonger in Black Panther, was told about the Marvel sizzle reel that revealed the title of the second Black Panther movie by Variety since the news dropped minutes before the interview took place.

“Nice. Awesome. I like that,” Jordan said in the interview. “Marvel does great, amazing work and the characters are awesome. We all took a hit with the loss of Chadwick, so for them trying to figure out how to move forward, I know it’s not an easy thing to do. So the fact that they settled on a title and figuring out this story, I think is truly incredible. If anybody could figure it out, it’s Ryan Coogler and Kevin Feige.”

The title of Black Panther: Wakanda Forever not only feels like a tribute to the late Chadwick Boseman, who left an indelible mark on the role but also to the culture that Black Panther‘s popularity helped produce. So far, it’s unclear what the story of the second film will be, though Kevin Feige has remained steadfast in confirming that the Studio won’t be replacing Boseman in the role.

As for Jordan’s role in the sequel? It’s still undetermined whether he’ll have a role at all, as he hasn’t been officially announced as part of the cast. And director Ryan Coogler has been tight-lipped about how Boseman’s death will be dealt with and how that will impact the story. But the fans love Killmonger, arguably one of the best Marvel villains to date.

And the actor is more than happy to return to the role, should the right opportunity arise, telling Entertainment Tonight in an interview, “There’s always a love I have for those characters and Erik is definitely one of those that means a lot to me. So only if it’s the right thing and it’s impactful and if I could add something to it. If it means something then, yeah, I wanna be a part of that journey, you know?”

What do you think of Michael B. Jordan hopefully returning to Black Panther?