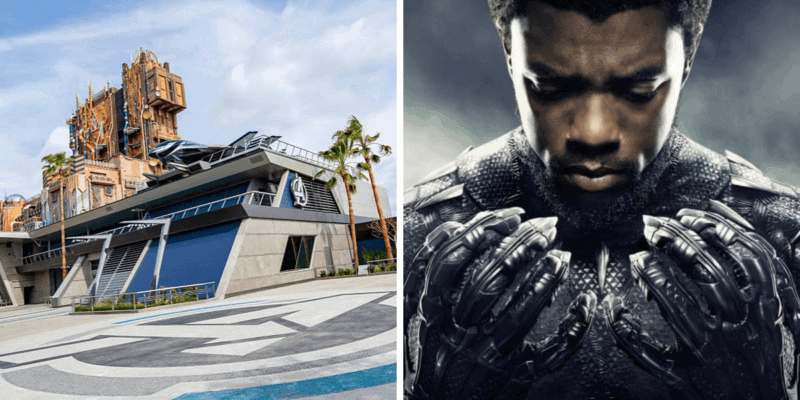 We are just days away from Disney California Adventure Park’s Avengers Campus grand opening. Preparations for this new land are in full swing. And now the park is receiving a new Black Panther photo opportunity that looks incredible.

Although this summer will welcome the grand opening of the new Avengers Campus, it will also mark the anniversary of Chadwick Boseman’s untimely passing. The resort has previously honored his legacy with a mural featuring the Black Panther actor at the Downtown Disney District.

Even the upcoming second Black Panther film, set to debut July 8, 2022, will pay homage to the late actor. The film’s title Black Panther: Wakanda Forever gives off the feeling of carrying on the legacy of the Black Panther. At this time not much else is known about the upcoming Marvel film, but we do know that it will not feature a CGI version of Boseman. We also know that writer and director Ryan Coogler wants to honor Boseman the best way he can in this film.

Additionally, Avengers Campus will have a special photo opportunity to meet the Black Panther. The new photo location is definitely fit for royalty! It is grand and perfect for the King of Wakanda. This new photo op is currently set up in the Hollywood Studios Backlot area of Disney California Adventure Park.

Thanks to jennydisneydreams on Instagram, we got a quick glimpse of what looks to be an photo opportunity and possibly socially distanced meet and greet before Avengers Campus opens and Black Panther moves to the new Marvel land. Lately, the Marvel heroes fans know and love have been making appearances at the Hollywood Backlot in the meantime.

Don’t forget to get your photo at this new amazing spot on your next trip to the parks!

What do you think of this new Marvel photo op? Let us know in the comments!

Would you like to visit Avengers Campus this summer? Let Academy Travel help you with all of your travel planning needs!