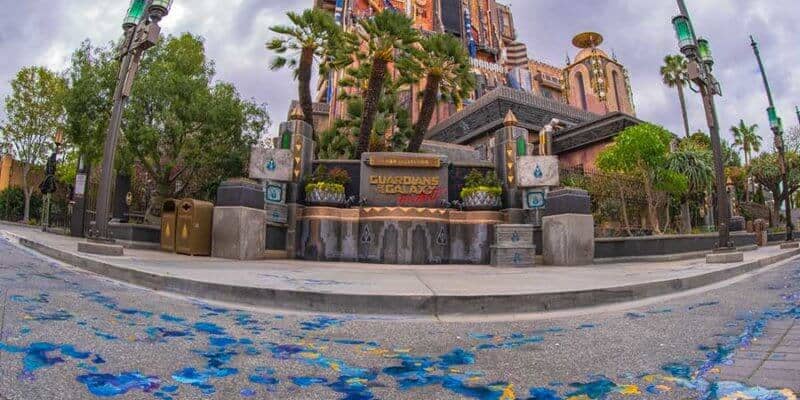 Disney recently announced that the highly anticipated Avengers Campus would finally be opening on June 4, after years of building and concept art being the only thing to placate Disney Guests and Marvel fans alike. Avengers Campus will be located in Disney California Adventure and took over the area that was once a bug’s land, which closed down in 2018 to make way for the Marvel-themed section of the park.

Recently, Disney Parks Blog released new details from inside Avengers Campus and gave Guests a look at some of the amazing things that they will see when they become immersed in the world of Marvel. They showed everything from the Ancient Sanctum to the Quinjet to the new dining location, Pym’s Test Kitchen.

Well, we are now just about one month away from the official opening of Avengers Campus and details for the new land are extending out from behind the barrier and into parts of the park Guests can see! Guests visiting Disney California Adventure were treated to seeing new doors that will mark the entrance into Avengers Campus. The doors are located just in front of the attraction Guardians of the Galaxy: Mission BREAKOUT! since that ride is also part of the land, even though the attraction opened a few years back.

As you can see, the doors are stamped are marked with the iconic Avengers “A” symbol. Prior to the door going up, Guardians of the Galaxy: Mission BREAKOUT! was the only marker for the entrance of Avengers Campus in this section of the park, as it stood next to the construction walls for the area.

While the “A” emblem may mark the entrance for Guests entering Avengers Campus, Guests leaving the area will not be disappointed either. The symbol is etched into the doors on the other side, as well.

While this may seem exciting, it is not the only new detail that is being added to the area. Also set up and ready to go is what will be a snack location in Avengers Campus, Terran Treats. Take a look at the photos below!

If you’ve already been fascinated by the unique collection Taneleer Tivan has curated in his fortress and on display at Guardians of the Galaxy – Mission: BREAKOUT!, prepare to be tempted by his equally enchanting assortment of intergalactic eats and treats at this food cart. The Cosmic Cream Orb resembles an Infinity Stone, but it has the flavor of a delectable cream puff filled with raspberry cheesecake mousse.

Terran Treats will also feature a changing variety of colorful Sweet Spiral Rations, which look and taste like what we have come to know and love as a churro.

While the area may be Avengers-themed and all about Marvel, don’t forget that it is still in a Disney Park. And because it is in a Disney theme park, there have to be little touches of Disney that Guests can find if they have a sharp eye. One of those details is this adorable hidden Mickey that was found outside the Guardians of the Galaxy attraction queue.

This hidden Mickey design is a part of the colorful design that was laid into the ground as part of the Avengers Campus environment. According to the Disney Parks Blog:

A late addition to the Campus, Taneleer Tivan, a.k.a. the Collector, placed his Fortress against its edges. This placement warped the ground immediately surrounding the alien stronghold causing a cosmic disruption to ooze from the ground below. Hues of blues, purples and yellows glow in the daylight. Pretty rad, huh?

While we love seeing all of these incredible details coming to life after such a long wait, the countdown until the opening is agonizing, and it needs to be June 4 already!

What part of Avengers Campus are you looking forward to most? Let us know in the comments!

Comments Off on PHOTOS: Entrance to Avengers Campus Appears at DCA