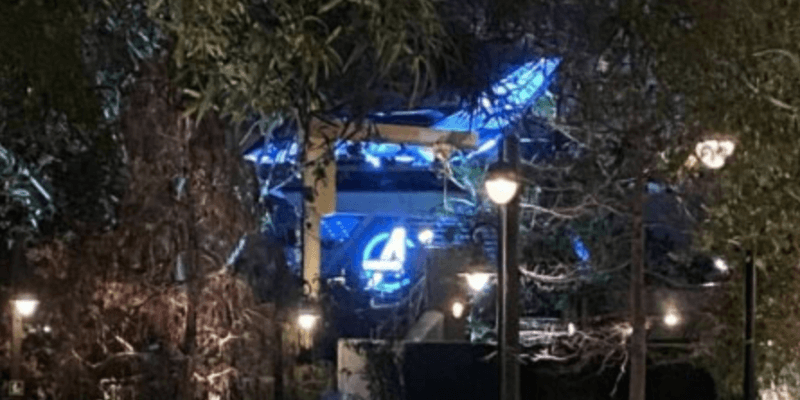 Disneyland Resort fans have been awaiting the opening of Avengers Campus since 2019 when details about the new Marvel land were announced at the D23 Expo.

According to the original Disney Parks Blog announcement about Avengers Campus at Disney California Adventure:

“In some ways, these new campuses are like the Avengers themselves: a group of diverse individuals who have teamed up for the same purpose,” said Scot Drake, Creative Executive, Marvel Global Portfolio, Walt Disney Imagineering. “This collection of unique addresses—each dedicated to a different discipline—have been brought together to champion the next generation of heroes.”

The highly-anticipated new land was originally slated to reopen on July 18, 2020. However, that opening date was pushed back indefinitely when Disneyland Resort delayed its reopening.

Now, Disneyland Park and Disney California Adventure Park will be officially reopening on April 30, 2021 — but, Avengers Campus will not.

Fortunately, thanks to opening day of Disney California Adventure’s limited-time A Touch of Disney event, we have now seen more of Avengers Campus than ever before. We’ve even gotten our closest look yet at the incredible Quinjet!

Even the exterior of the Avengers Campus area is heavily themed, with the construction walls featuring the names and symbols associated with popular Marvel super heroes and super villains, including Black Widow/Natasha Romanoff and Taskmaster/Tony Masters.

When even the construction barrier is exciting, you know we’re in for a real treat once Avengers Campus finally officially opens! We’ve even already gotten a first look at the ride vehicles for WEB SLINGERS: A Spider-Man Adventure and they are just as cool as everyone was anticipating!

From Radiator Springs in Cars Land, A Touch of Disney Guests have an excellent view of the new WEB Suppliers retail space rising above the Avengers Campus construction walls. The official description of the Disney Parks Marvel store reads:

Prepare for action-packed adventures around Avengers Campus! At this one-stop hero shop, new recruits will find everything necessary to accept important missions at a moment’s notice—like cutting-edge inventions and other up-to-the-minute technologies developed by the Worldwide Engineering Brigade’s brightest minds.

WEB members are particularly proud to offer access to some of their key prototypes, like the indispensable Spider-Bot. These friendly robotic sidekicks feature combat and defensive modes that keep you in command when mayhem strikes—plus, Avengers-inspired tactical upgrades are available to transform your Spider-Bot’s overall appearance and enhance battle capabilities for a blast of custom fun.

Other mighty must-haves—including at-home kits to create your own spider webs, spider light goggles and a special, WEB-enhanced backpack to carry and display your Spider-Bot—let you unlock the power to continue your own heroic story anytime, anywhere!

As you can see from the above image, too, once night fell at A Touch of Disney and the light at Avengers Campus came on, the Marvel land looked even more impressive. Here, we get our best view yet of the quinjet with the Avengers logo splashed across the side.

An even cleared view of the quinjet — which is set to be one of the coolest Avengers Campus photo spots — has us on the edge of our seats for an official opening date!

Related: Avengers Campus May Have Higher Demand Than Galaxy’s Edge

We leave you with one last look at Avengers Campus construction progress. Avengers, assemble!

What do you think about this new look at Avengers Campus? Tell us what you’re most excited about in the comments!

Comments Off on Fans Can Now See More of Avengers Campus Than Ever Before!