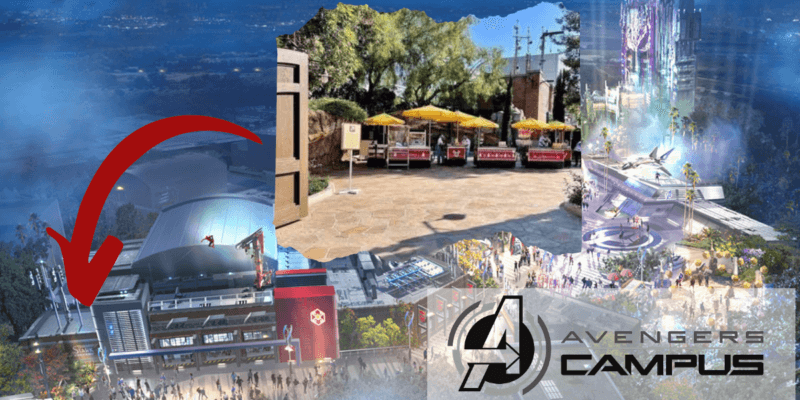 The highly-anticipated Avengers Campus area of Disney California Adventure theme park at Disneyland Resort has opened its gates to Guests for the very first time!

Today, Guests were able to get as close as ever to the new land in an area that was previously closed.

DCA OPENS GATES TO AVENGERS CAMPUS!!!
Check it out! You can get snacks AND a peek at the new land!! Thanks to @disney_hype_beast_80 for sharing the snaps? by @shaadigastelum

Disney Hype Beast, who Gothic Rosie mentioned in her post, also shared a short video of the Avengers Campus entrance inside of Disney California Adventure, writing:

Here is a quick idea look inside the pass the gates of the Avengers Campus. Thank you @shaadigastelum once again for the video!

The highly anticipated addition to Disneyland Resort was originally set to open over the summer. With the continued pandemic-related closure of both Disneyland Park and Disney California Adventure, however, the opening date has been pushed back and no official announcement has been made about when Guests will be able to fully experience the first Marvel Studios-themed land at a Disney Park.

While Disney California Adventure Park is only partially open — Buena Vista Street reopened on November 19 for shopping and dining as an extension of the Downtown Disney District — this is the first time that Guests have been able to set foot this close to Avengers Campus and get a very small sneak peek of what the new Marvel hero-themed land will be like. We can’t see much from this view, though, so take a look at our recent coverage of Avengers Campus construction here.

Will these gates actually lead inside the new land once it officially opens? Many fans certainly think so! But since we first published this article, we have noticed that other fans are affirming that the area will instead be used in the future for the annual Disney California Adventure Food & Wine Festival.

Gothic Rosie has put together some images to show the concept art of the new land, an aerial view from May 2020, and the gates that were opened today. Take a look:

It appears that these gates, which we recently reported on, are near the WEB Suppliers retail outlet and the WEB Slingers: A Spider-Man Adventure ride.
This attraction promises to be extremely exciting, with state-of-the-art ride vehicles and incredible technology that will allow Marvel fans to feel like they are actually throwing spider webs from their fingertips!

Are you excited about Avengers Campus? What do you think about this sneak peek of the new Marvel theme park land?