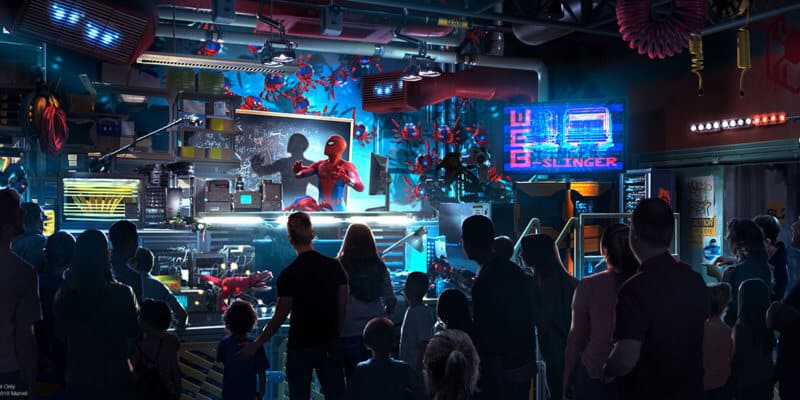 The new Marvel-themed area was originally going to open in July 2020, but the opening date was obviously delayed due to Disneyland Resort’s continued closure.

Now, Disney fan and YouTuber @thecalibae/Five Fires has shared what might be the very first entrance to Avengers Campus. We can confirm that we also saw this entrance on our visit to Buena Vista Street at Disney California Adventure last week, and it sure is exciting.

So does anybody know why this door has arrived at avengers campus? It’s located right after Carthay circle and leads into spider man ride!

Other Instagram users in the comments have been providing their own speculation about what these new Disney California Adventure gates could be for.

@lulyindisney wrote, “Entrance door Avengers Campus, especially if it leads to the Spider ride, I would guess”

Another user, @whatever_happens_2126, said, “I think it might be for future Marvel character meet and greets!?”

Yet another thought comes from @emilyj_71755, who posted, “I was thinking possibly for the new trolley route, but not sure.”

Buena Vista Street has partially reopened as an extension of the Downtown Disney District shopping and dining area. It is important to note that numerous restrictions are in place, including a face mask mandate, social distancing protocols, and other regulations that have been imposed since Orange County returned to the purple tier.

What do you think this new DCA gate could be for? Is it the first real glimpse of how Guests will enter Avengers Campus?

Comments Off on Has the First Avengers Campus Entrance Been Revealed?