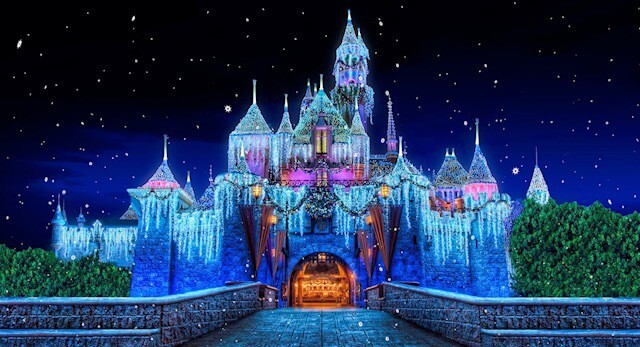 Orange County, California — where Anaheim and Disneyland Resort are located — has been moved back to the state’s most restrictive COVID-19 tier.

In a news conference today, Governor Newsom announced that numerous counties have been moved to the “restricted” purple tier. Just three weeks ago, nine counties were considered purple — today, there are 41 in that category.

For those wondering what this will mean for the Downtown Disney District’s phased reopening, there are a few keys things to know.

The Downtown Disney District originally began its phased reopening process over the summer while Orange County was in the purple tier. However, capacity within dining and shopping establishments was limited and no indoor dining was allowed.

With this move back to the purple tier, indoor dining will once again be banned in Orange County for the time being. 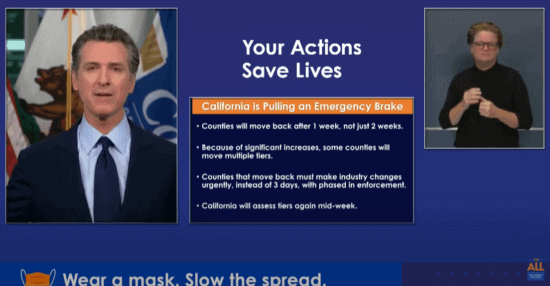 Governor Newsom indicated the state is “pulling an emergency brake” that allows them to move certain counties back to more restrictive tiers in the Blueprint For a Safer Economy plan.

State officials had already stated it would be possible for Disneyland Resort to be allowed to reopen, then be forced to close again if coronavirus cases continued to rise in the county.

Since Buena Vista Street in Disney California Adventure Park will be reopening as an extension of the Downtown Disney District, it will be allowed to continue with its partial reopening. As a reminder, shopping and dining only will be allowed — no rides or attractions will be available to Guests.

With this move back to purple tier. no indoor dining will be allowed on Buena Vista Street, but it is worth noting that only outdoor dining was expected to be available at this time anyway.

What are state officials saying?

“This rapid rise in cases is significant change in transmission, not just in a couple of counties, not just in one or two regions across the state, but statewide, is absolutely essential for us to immediately take control of and manage so that we get out of this difficult period.”

Today, Governor Newsom stated that California has changed its policy about counties remaining in a single Blueprint For a Safer Economy tier for two weeks prior to moving to a less — or in this case, more — restrictive tier.

It has been altered so that counties can move into different tiers after one week, not after two weeks, because that allows them to place more restrictions after seeing cases increase after only one week.

Governor Newsom, who has continually stated that the state will not be moved in its stringent theme park reopening guidelines, said today:

“We will not be deterred in terms of our proactive stance.”

What do you think about Orange County moving to the purple tier?